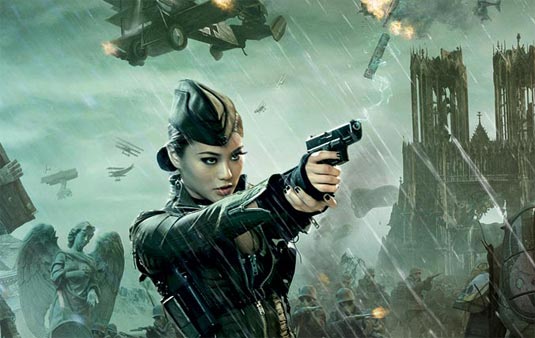 A new character banner has been released for Zack Snyder‘s action-fantasy film Sucker Punch. The banner features all five of the girls in the ensemble female cast including, Emily Browing, Vanessa Hudgens, Abbie Cornish, Jena Malone, and Jamie Chung. The film follows a young girl in the 1950’s who has been institutionalized by her step-father and is about to receive a lobotomy. She copes by creating this dramatic escape sequence along with her friends in the asylum. Sucker Punch opens on March 25th 2011 and also stars Carla Gugino, Jon Hamm, Oscar Isaac and Scott Glenn. Click on image for bigger version