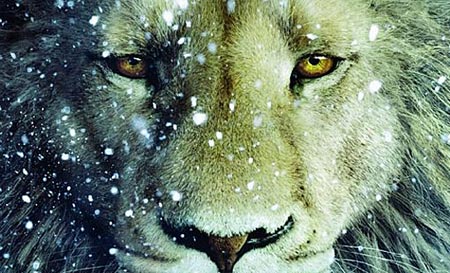 20th Century Fox has unveiled a new theatrical poster for The Chronicles of Narnia: Voyage of the Dawn Treader, which features Aslan (voiced by Liam Neeson). Return to the magic and wonder of C.S. Lewis’ beloved world – via the fantastic Narnian ship, the Dawn Treader. In this new installment of the blockbuster “The Chronicles of Narnia” motion picture franchise, Edmund and Lucy Pevensie, along with their cousin Eustace and their royal friend King Caspian, find themselves swallowed into a painting and on to the Dawn Treader. As they embark on an incredible adventure of destiny and discovery, they confront obstacles beyond imagination. The film is directed by Michael Apted (Thunderheart, The World Is Not Enough, Amazing Grace) and stars Georgie Henley, Skandar Keynes, Ben Barnes, Will Poulter, Gary Sweet, Bruce Spence, Arthur Angel, Shane Rangi and Liam Neeson. The Chronicles of Narnia: Voyage of the Dawn Treade sets sail into theaters everywhere on December 10th. 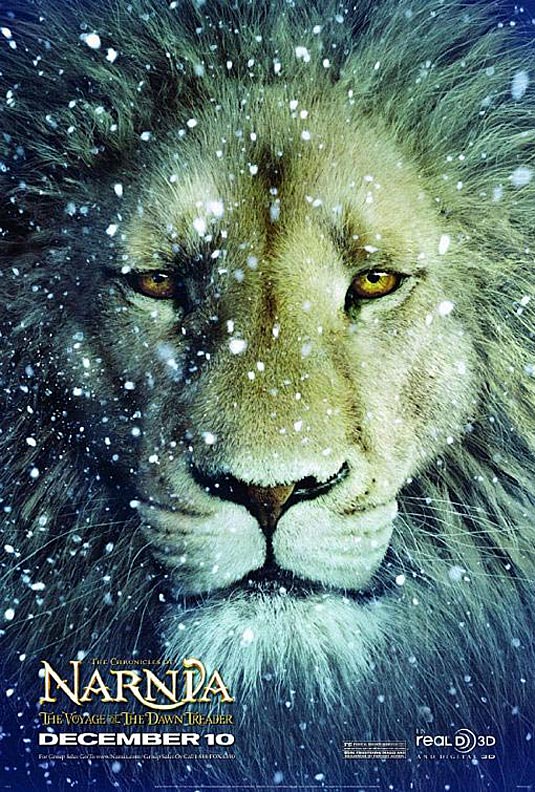