A new International trailer for The Hunger Games: Catching Fire that Lionsgate unveiled for fans is available for everyone to watch online right now. Not much else to say beyond that, but here’s a bit more new footage, delving deeper into the further adventures of Katniss (Jennifer Lawrence) and Peeta (Josh Hutcherson). The next sequel in The Hunger Games series looks better in a visual sense than previous, Lawrence is fierce and perfect as always, and director Francis Lawrence seems to have been a fine choice to replace Gary Ross. The film will open in theaters and IMAX on November 22nd, 2013, and also stars Liam Hemsworth, Woody Harrelson, Elizabeth Banks, Lenny Kravitz, Philip Seymour Hoffman, and Jeffrey Wright, with Stanley Tucci and Donald Sutherland, respectively. New characters like Finnick (Sam Claflin), Mags (Lynn Cohen), Johanna (Jena Malone), Wiress (Amanda Plummer), and Beetee (Jeffrey Wright) don’t get much time in this trailer, but I’m hoping things will change very quickly and just in time for the Thanksgiving holiday weekend. Check it out after the jump. 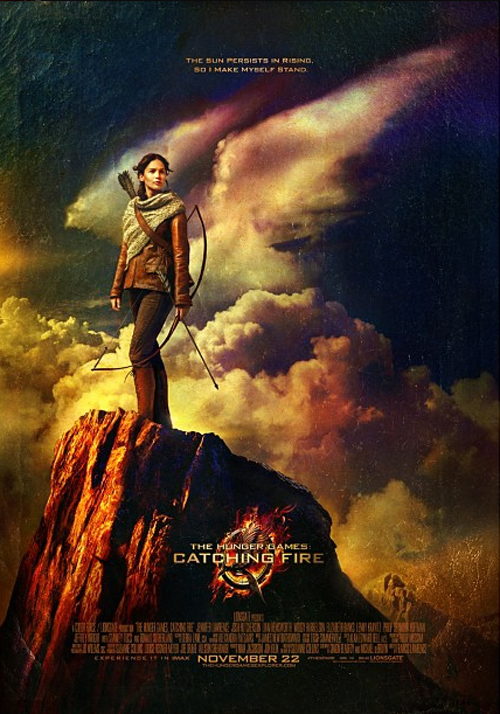