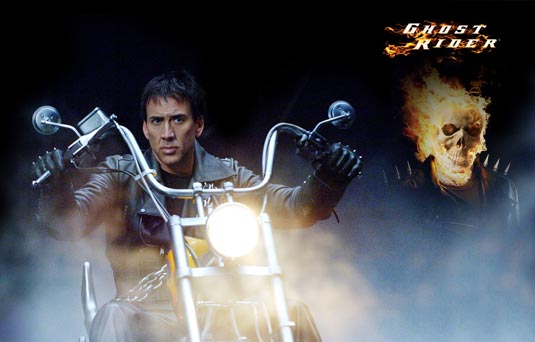 During an interview to promote this Friday’s action film “Bangkok Dangerous“, Oscar-winner Nicolas Cage confirms that there is going to be a “Ghost Rider 2” and that plans are already underway for it. As a matter of fact, they even have a chunk of the plot set out. Cage said:

Yes, actually, had a nice meeting with the studio about 3-months ago, and we talked about going international with that character. Taking him into Europe, having him go on a motorcycle tour through Europe, and he’s connected with the church, if you can believe that. So it sort of has elements to it that are very much in the zeitgeist, with “The Da Vinci Code” and things like that.