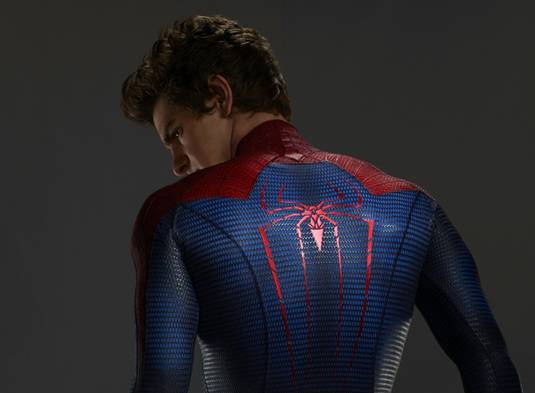 There is some key ‘untold’ aspect of young Peter Parker’s coming-of-age story – which was unseen in previous live-action Spidey pics, but will be discovered in director Marc Webb’s remake of the Marvel Comics superhero franchise. The earlier released plot synopsis suggests that the ‘untold story’ being discussed involves Pete’s efforts to discover the truth behind his parents’ disappearance when he was at the age of six. Besides, Spider-Man producer Avi Arad confirmed as much during the Japanese press tour, while also teasing the relationship between Richard Parker (Campbell Scott) and the film’s central baddie, The Lizard, a.k.a. Dr. Curt Connors (Rhys Ifans). Here’s the official synopsis, but it does contain some spoilers. Still, there isn’t anyone listed in the cast as any of the Osborn family. However, Columbia Pictures has released the official synopsis for The Amazing Spider-Man, opening in 3D, 2D and IMAX theaters on July 3rd, 2012.

One of the world’s most popular characters is back on the big screen as a new chapter in the Spider-Man legacy is revealed in “The Amazing Spider-Man.” Focusing on an untold story that tells a different side of the Peter Parker story, the new film stars Andrew Garfield, Emma Stone, Rhys Ifans, Denis Leary, Campbell Scott, Irrfan Khan, with Martin Sheen and Sally Field. The film is directed by Marc Webb from a screenplay written by James Vanderbilt, based on the Marvel Comic Book by Stan Lee and Steve Ditko. Laura Ziskin, Avi Arad, and Matt Tolmach are producing the film in association with Marvel Entertainment for Columbia Pictures, which will open in theaters everywhere in 3D on July 3, 2012. ‘The Amazing Spider-Man” is the story of Peter Parker (Garfield), an outcast high schooler who was abandoned by his parents as a boy, leaving him to be raised by his Uncle Ben (Sheen) and Aunt May (Field). Like most teenagers, Peter is trying to figure out who he is and how he got to be the person he is today. Peter is also finding his way with his first high school crush, Gwen Stacy (Stone), and together, they struggle with love, commitment, and secrets. As Peter discovers a mysterious briefcase that belonged to his father, he begins a quest to understand his parents’ disappearance – leading him directly to Oscorp and the lab of Dr. Curt Connors (Ifans), his father’s former partner. As Spider-Man is set on a collision course with Connors’ alter-ego, The Lizard, Peter will make life-altering choices to use his powers and shape his destiny to become a hero.’ 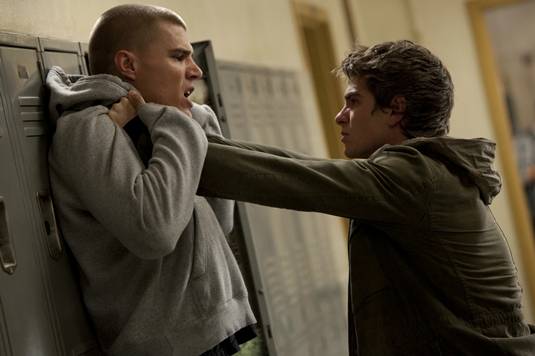 Chris Zylka and Andrew Garfield in The Amazing Spider-Man 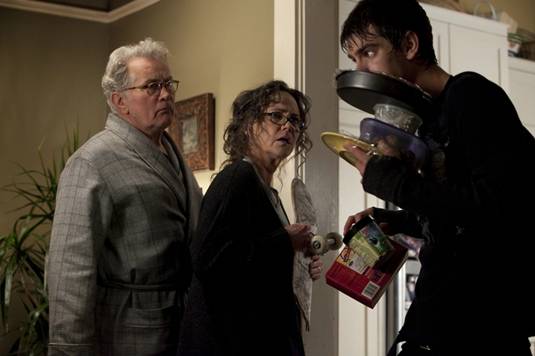 Martin Sheen,Sally Field and Andrew Garfield in The Amazing Spider-Man 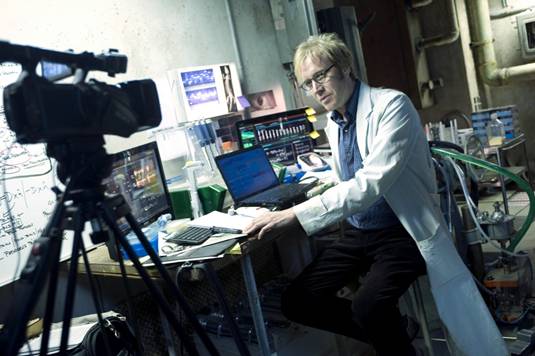 Rhys Ifans in The Amazing Spider-Man