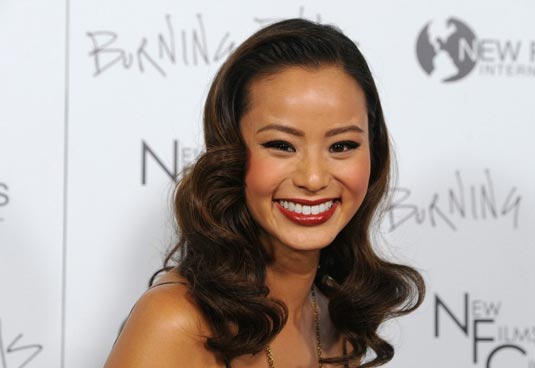 Once Upon a Time is adding to its arsenal of fairy tale characters. The Hangover Part II star Jamie Chung has been cast in a recurring role for the ABC fantasy drama’s second season, The Hollywood Reporter confirms. Her role will be that of the Chinese warrior Mulan. Disney adapted Mulan’s story into a big-screen animated musical in 1998 with ER’s Ming-Na voicing the title character. In the film, Mulan secretly fights in the army in her father’s place to save him from death. The legend of Mulan began in an ancient Chinese poem titled “The Ballad of Mulan.” Chung recently starred in Sucker Punch, Eden and will appear in Knife Fight, 7500 and The Man With the Iron Fists. Once Upon a Time will appear at Comic-Con on Saturday, July 14th at 11 a.m. with exec producers Edward Kitsis and Adam Horowitz and cast members Ginnifer Goodwin, Jennifer Morrison, Josh Dallas, Lana Parilla, Meghan Ory and Emilie de Ravin. Too bad Robert Carlyle won’t be there…
Continue Reading
Advertisement
You may also like...
Related Topics:Adam Horowitz, Edward Kitsis, Emilie de Ravin, ginnifer goodwin, Jamie Chung, Jennifer Morrison, Once Upon a Time, Robert Carlyle, Sucker Punch, The Hangover, The Man With the Iron Fist, The Man with the Iron Fists