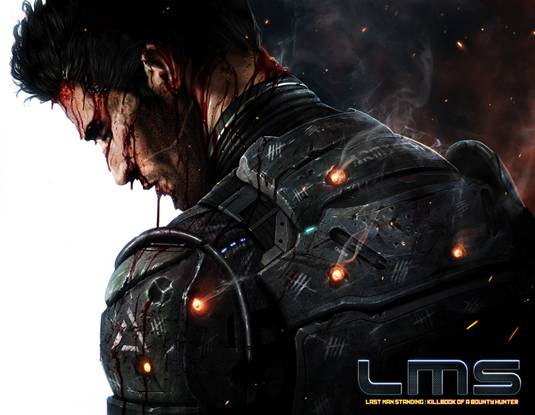 David Leslie Johnson, who scribed the horror film Orphan and this year’s The Red Riding Hood is now working on a script based on Heavy Metal’s Last Man Standing: Killbook of a Bounty Hunter graphic novel. LMS is the prologue book that leads us to Gabriel, the former hero of America, as he personally unties to his audience the mysteries of his world, set in a time-transcending and parallel universe that is settled by a roster of colorful and somewhat perverse characters. After becoming a celebrity hero, he’s accused of a heinous crime by a terrorist organization. Nine years later, Gabriel escapes and sets out for revange. At San Diego Comic Con International 2010, Paramount has reportedly acquired the film rights for the series. Killbook of a Bounty Hunter introduces the main character and his allies and enemies, setting the scene for a plot projected to develop over at least two further books. The next volume in the series, titled LMS: Once Upon A Time In America, has no release date at this time. Daniel LuVisi previously posted tryout concept art for the movie adaptation of the zombie saga World War Z. Johnson also co-wrote Wrath of the Titans for WB and Legendary Pictures. Are you a huge Heavy Metal fan?