Warner Bros. has released really cool new posters for Pacific Rim. In the upcoming Guillermo del Toro directed film, Godzilla-sized monsters known as Kaiju rise from the ocean depths and launch an attack on humanity. In response, the Jaeger program is initiated in which military pilots man these just-as-hulking robots to take down the threat. Pacific Rim which Del Toro co-wrote with Travis Beacham and starring Charlie Hunnam, Rinko Kikuchi, Idris Elba, Ron Perlman, and Charlie Day, opens in 3D, IMAX 3D and 2D theatres on July 12th, 2013. Here’s the official synopsis for the film:

Also check out more Pacific Rim posters just in case you missed it. 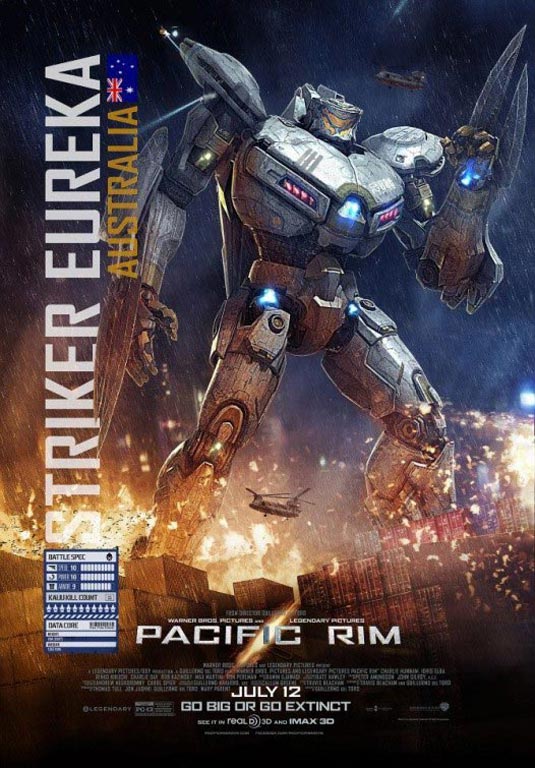 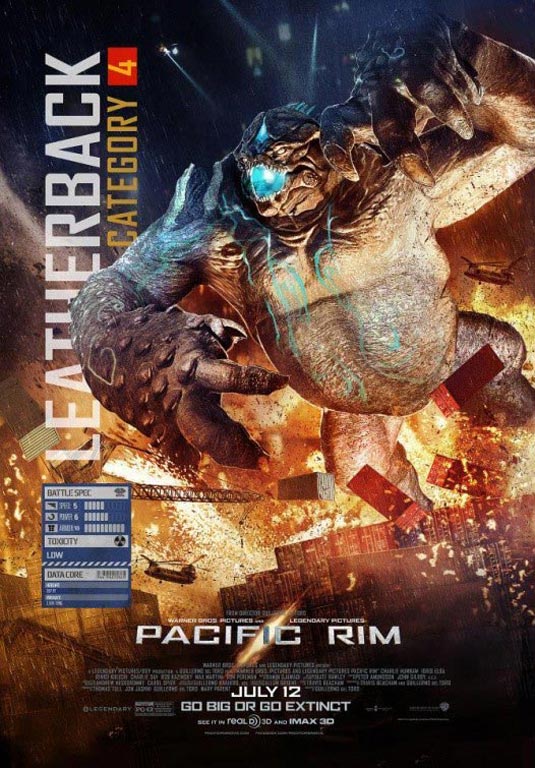