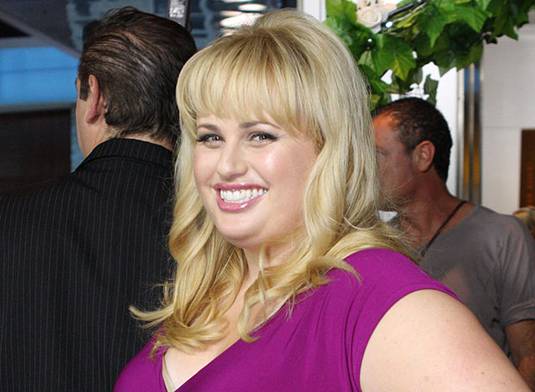 An upcoming black comedy film, Pain and Gain, written by Christopher Markus/Stephen McFeely and directed by Michael Bay has added Aussie thesp and comedian, Rebel Wilson to its cast.

Wilson, best known as Kristin Wiig’s kooky roommate in Bridesmaids will play Ramona Eldridge, who winds up in prison for her involvement in the scheme.

The story’s focus is on Wahlberg and Johnson’s characters, two Miami bodybuilders who plan an elaborate extortion and kidnapping scheme, which goes terribly wrong. Israeli supermodel Paly will play Sabina Petrescu, a beauty queen and illegal immigrant who wants to be a star, but instead, she gets involved with Wahlberg’s character, who convinces her that she could become rich and famous if she does everything he says. Shalhoub will play Marc Shiller, the target of the bodybuilders’ scheme, while Plana will star as Captain Al Lopez of the Miami Police Department, who investigates the kidnapping of Marc Schiller.

Production is slated to begin later this spring.

Wilson is already busy enough as she is set to appear in the ensemble romcom What to Expect When You’re Expecting, the Sundance hit Bachelorette, the coming-of-age dramedy Struck by Lightning, among the others.