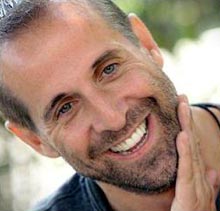 We reported that cast of the upcoming Hansel and Gretel: Witch Hunters is getting bigger and it’s time to update the whole thing. Why? Well, guess what, we just learned that Peter Stormare (Fargo) has joined the cast that already includes Jeremy Renner, Gemma Arterton, Famke Janssen and Ingrid Bolso Berdal. Tommy Wirkola‘s upcoming project picks up the fairy tale siblings 15 years after their traumatic gingerbread house incident, which provoked them to become witch bounty hunters. It will be modern technology in an old style – the idea is, they’ve grown up and they hunt witches. It’s a hybrid sort of old-timey feeling, yet there’s pump-action shotguns. Renner and Arterton are set to play the siblings Hansel and Gretel, Famke Janssen stars as the leader of the witches, while Norwegian actress Ingrid Bolso Berdal is set to play one of the witches described as a “superbad killing machine.” When it comes to the latest added Stormare, we know that he will play “the villainous town sheriff ‘Berringer’.” Hansel and Gretel: Witch Hunters 3D film has been set for release on January 25th, 2013
Continue Reading
Advertisement
You may also like...
Related Topics:Famke Janssen, Gemma Arterton, Hansel and Gretel: Witch Hunters, Ingrid Bolso Berdal, Jeremy Renner, Peter Stormare, Tommy Wirkola