Connect with us
Post Mortem is a title of a new film that comes from Chilean director Pablo Larrain. 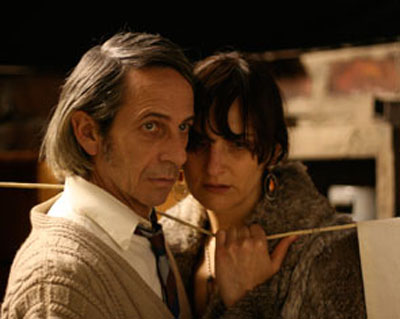 The movie is selected at the Venice Film Festival 2010 In Competition for the Golden Lion statue. So, we’re here today to share some details about this interesting project that is already being described as “highly original, darkly comic mix of the personal and the political…” Check out the Post Mortem synopsis: “55-year-old Mario works in a morgue typing autopsy reports. In the midst of the 1973 Chilean coup, he fantasises about his neighbour, a cabaret dancer, Nancy, who mysteriously disappears on September the 11th. After a violent army raid on her family’s home, he hears about the arrest of her brother and father, a prominent Communist and Salvador Allende supporter. Troubled and spurred on by the thought of losing his would-be lover, Mario begins his frantic search for Nancy. Allende’s government has been overthrown and people are dying in the streets. The Chilean Army seizes the morgue and numerous corpses pile up, but Mario can’t get his mind off of Nancy. He carries out his job, thinking that he might find her among the dead, and one night…” Post Mortem is written by director himself, and stars Alfredo Castro and Antonia Zegers. Larrain, the director, explained: “If you read the autopsy of Allende, which is public, it’s on the Web, you will find a very powerful text. It is the autopsy of Chile. Read the text of the autopsy, there’s something so huge there. We wanted to talk about it, without judging it.” And added: “Since I didn’t live those days, I wanted to get closer. I felt there was something very important there for my generation that is not completely understood. I still don’t get it. I don’t understand what happened.” [youtube]http://www.youtube.com/watch?v=O3O1K8rm5BQ&feature[/youtube]
Continue Reading
Advertisement
You may also like...
Related Topics:Pablo Larrain