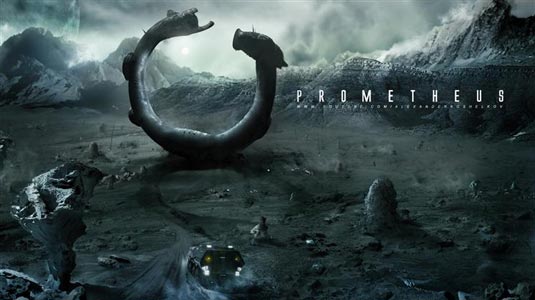 In a Q&A session on Twitter, Damon Lindelof revealed that the plot line didn’t necessarily have to end with Prometheus. Asked if there could be a sequel, he replied: “If you like it and want more, there is TOTALLY a design for this story to continue in cool and unexpected ways.” Initially developed as a prequel to director Ridley Scott‘s 1979 sci-fi horror classic Alien, it follows the crew of the spaceship Prometheus as they explore an ancient alien civilisation and try to trace the origins of the human race, being tested to their physical and mental limits along the way. Lindelof refused to reveal any details about the plot, but said: “The characters ask questions. They get answers. Then they run and scream a lot.” Scott recently revealed that Prometheus touched on what happened in Alien but soon evolved into its own story. He told The Daily Beast: “For Prometheus, I came back to a very simple question that haunted me that appears in the first Alien, and no one answered in subsequent Alien films: who was the Space Jockey – the big guy in the seat?” He added: “Once you start into the evolution of the story, it moves so far away from Alien that there’s only the mere DNA of the original in Prometheus.” Prometheus, starring Noomi Rapace, Michael Fassbender, Charlize Theron and Idris Elba, will be released on June 1st.
Continue Reading
Advertisement
You may also like...
Related Topics:Charlize Theron, Damon Lindelof, Idris Elba, Michael Fassbender, Noomi Rapace, Prometheus, Ridley Scott

Will Smith Wrestled With Director Barry Sonnenfeld On MEN IN BLACK 3 Set
Michael Fassbender to Star in DJANGO UNCHAINED?
Advertisement