Mandalay Pictures, Mark Canton (“300”, “The Spiderwick”, “Chronicles”, “Land of the Dead” producer) and Liquid Comics are teaming up to bring Liquid’s graphic novel “Ramayan 3392 AD” to the big screen. John Collee (Master and Commander: The Far Side of the World, Happy Feet and the upcoming thriller Creation) will write the screenplay, although no director has been chosen. Ramayan is a reimagining of an ancient Hindu epic. The action-adventure story is set in a post-apocalyptic future and centers on Prince Rama, a legendary blue-skinned warrior who in mythology is an incarnation of the god Vishnu, as he fights, alongside his brothers, to bring down the demon-lord Ravan. No production schedule was released. 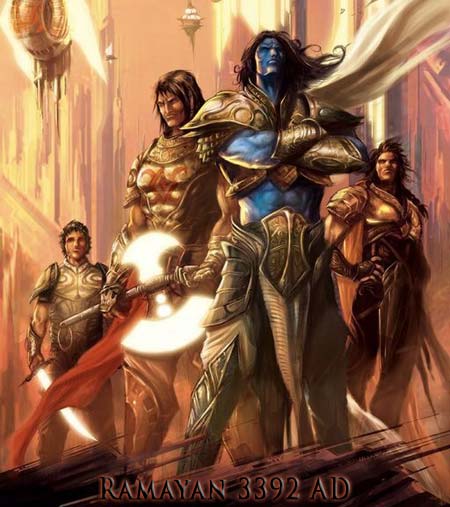