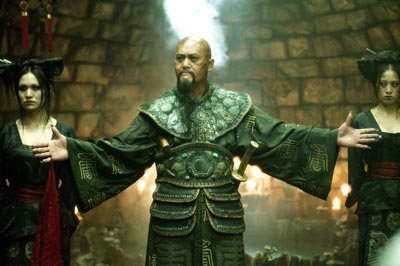 We now have an English subbed trailer for John Woo’s big budget period epic “Red Cliff“. “Red Cliff” is movie with a budget of $36 million which is the most expensive ever in Chinese Cinema history. The film is based on Chinese history in the 2nd and 3rd Century, during which China split into three kingdoms following the fall of Han Dynasty, and after decades of war and peace, reunified under a new dynasty, Jin. It tells of a battle fought with over one million men in 208 AD. During the battle, the joint force of two warlords, Sun Quan and Liu Bei, defeated the much stronger invading army led by warlord Cao Cao. Shortly after the battle, the Han dynasty officially ended and China split to three kingdoms. “Red Cliff” has 2 parts.The first movie “The War of the Red Cliff,” is set to premiere July 10. Production of the second movie is expected to wind up within the year, and is tentatively scheduled for a December release.
Continue Reading
Advertisement
You may also like...
Related Topics:john woo, Red Cliff