Now, before you say – nooo God, please no, let me first inform you that you have absolutely nothing to worry about, ’cause Sylvester Stallone is once again on board to play Rocky Balboa! Of course, he would play a retired fighter-turned-trainer this time, but that’s exactly what the upcoming Creed movie (aka Rocky spinoff) is all about: the grandson of Apollo Creed is now ready to fight! And another good news is that Ryan Coogler, man who stands behind Fruitvale Station is set to direct the whole thing from a script that he’s going to write with Aaron Covington. 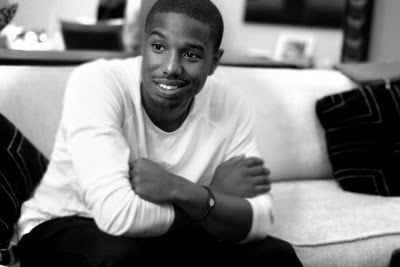 Michael B. Jordan (who plays Oscar Grant in the acclaimed Sundance picture) is on board to play Creed’s grandson. According to the latest reports, Coogler intends for Creed to be his directorial follow-up to Fruitvale, so the intention is to make it happen quickly. MGM is behind the project, and the film will be produced by Irwin Winkler and Robert Chartoff, (who produced the original), along with Stallone and Kevin King. Thanks to Deadline, we have even more details about the upcoming movie:

Raised in an upper-crust home thanks to the ring riches earned by his grandfather, Creed’s grandson doesn’t have to box and his family doesn’t want him to. Yet, he has the natural instinct and gifts and potential that made his grandfather the heavyweight champion until Rocky Balboa took his crown in 1979′s Rocky II. Creed’s grandson needs a mentor and turns to Balboa, who is out of boxing completely and not eager to return.

As a huge Rocky fan – I have to say that this sounds a bit shocking, but (let’s be honest) promising as well. After all, remember what Apollo said:

You know Stallion…It’s too bad we’ve got to get old.