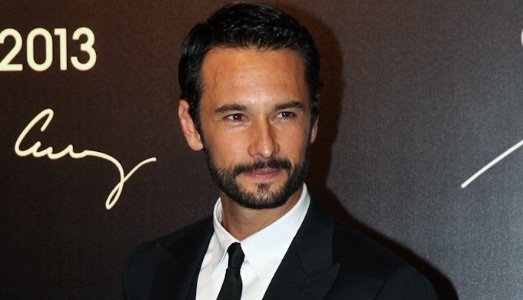 Hollywood is finally giving Rodrigo Santoro more roles as 300 star has joined Lynn Ramsay‘s Western Jane Got a Gun. Brazilian actor who recently starred alongside Arnold Schwarzenegger in The Last Stand, and will reprise the role of Xerxes in 300: Rise of an Empire has now come on board as a character named Fitchum in the Brian Duffield-scripted western action film with Natalie Portman, Michael Fassbender and Joel Edgerton. The story follows a young woman Jane Hammond (Portman) who is forced to enlist the aid of her ex-lover (Fassbender) when her outlaw husband (Edgerton ) is betrayed and nearly killed by his own gang. Jane also decides to grab a gun and take matters into her own hands. Filming on Jane Got a Gun begins soon, so we probably won’t be seeing it until 2014. Santoro recently starred in José Henrique Fonseca’s Heleno, which opened in December in limited engagements in New York, Los Angeles and Miami. If you’ve seen the black-and-white film Heleno, you might think that Fassbender has suddenly learned to speak Portuguese. Fassbender and Santoro will, no doubt, crush Jane Got A Gun.

Young and pretty with a soul of pure steel, Jane Hammond (Natalie Portman) is a good girl married to one of the worst baddies in town. When her husband Bill turns against his own gang, the vicious Bishop Boys, and returns home barely alive with eight bullets in his back, Jane knows it’s time to ditch the dress for a pair of pants and strap on her own gun. As the relentless leader John Bishop gears up for revenge, Jane’s best hope for her family’s survival rests with her old love Dan Frost (Michael Fassbender) – a gunslinger whose hatred for Bill is only slightly overshadowed by his love for Jane. Together Jane and Dan spring clever traps, luring Bishop’s men to certain death just as their old feelings for each other resurface amidst the flying bullets. With director Lynne Ramsay (We Need to Talk about Kevin, Morvern Callar) at the helm, the rich dimensions of these characters find their best ally with Jane out in front, taking her fate into her own hands with the kind of bravado legends are made of.