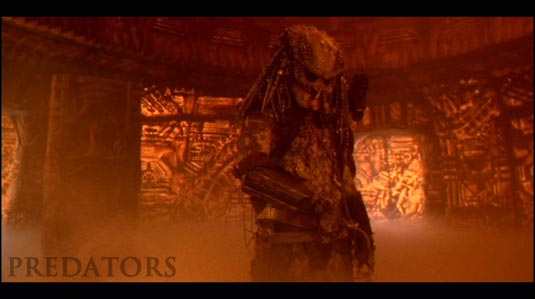 It seems that Robert Rodriguez has found his new writer. According to Bloody-Disgusting, Alex Litvak (writer of Medieval) has been tapped to write “Predators.” It has been described as “The Dirty Dozen in the age of castles, plagues and serfs”, and McG was rumoured to be interested in directing. Fox has already set a July 7, 2010 release date for the film and BD  has learned it will be a sequel, but they are unclear as to whether it is a sequel to the original Arnold Schwarzenegger film or the subsequent Danny Glover follow-up. No director has been set for the project yet, since it was said that Rodriguez will not be directing, only producing.
Continue Reading
Advertisement
You may also like...
Related Topics:Alex Litvak, McG, Predators, Robert Rodriguez