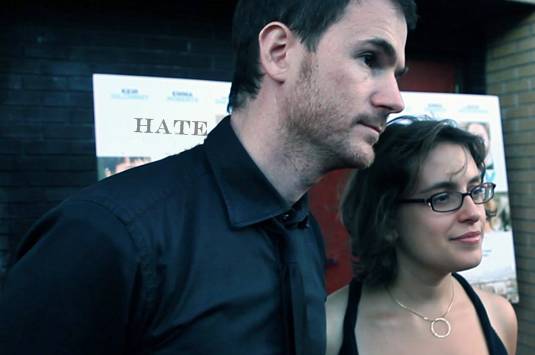 Ryan Fleck and Anna Boden are both known for their artistic collaboration that begun in 2002 on documentary short ‘Have You Seen This Man?’ which won several festival awards. They then started writing Half Nelson, the 2006 indie hit that made an Oscar nominee of star Ryan Gosling. Sugar marks Fleck and Boden’s second feature collaboration, but this time to direct as well; theme is set against the backdrop of professional baseball and the life of Miguel ‘Sugar’ Santos. Based on Ned Vizzini’s semi-autobiographical young-adult novel, Fleck and Boden’s next effort, It’s Kind of a Funny Story, breaks from the seriousness of their first two movies to find the humor in a youth misadventures in a psychiatric unit. Partners in life, of the pen and behind the camera, the two have settled on their next project entitled Hate Mail. Hate Mail consists of several interweaving stories about some Manhattanites who encounter various iterations as each receive hate mail, and the personal fallout that ensues. Half Nelson and Sugar both took the form of familiar genre movies — the inspirational teacher movie and the underdog sports movie, respectively. Will Hate Mail take the contemporary teen-movie model like It’s Kind of a Funny Story, remains wait to see. Project reunites the filmmakers with some past producers. Currently, the other details are under wraps. Check out the memorable scene from Half Nelson when Ryan Gosling, a junior high-school teacher who is a drug addict goes to shelter his student (Drey) from her elder brother who is a drug dealer. After a little disagreement, they both come to know that they’re both not perfect citizens. [youtube]http://www.youtube.com/watch?v=yGZzWyt-YG0[/youtube]

Ryan Gosling (Dan) tries to protect his student : Half Nelson