Connect with us
Tired of zombies yet? Well, we definitely know who’s not! Juno and Jennifer’s Body writer Diablo Cody is working on a big screen adaptation of the S.G. Browne novel Breathers: A Zombie’s Lament, and Geoff Latulippe is writing the screenplay. 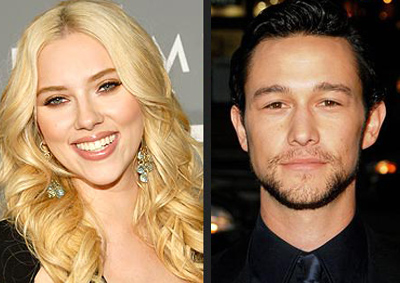 But, we heard that Scarlett Johansson and Joseph Gordon-Levitt are “loosely attached” to star in the film that will follow: “…Andy Warner, a recently deceased everyman and newly minted zombie. Resented by his parents, abandoned by his friends, and reviled by a society that no longer considers him human, Andy is having a bit of trouble adjusting to his new existence. But all that changes when he goes to an Undead Anonymous meeting and finds kindred souls in Rita, an impossibly sexy recent suicide with a taste for the formaldehyde in cosmetic products, and Jerry, a twenty-one-year-old car crash victim with an exposed brain and a penchant for Renaissance pornography. When the group meets a rogue zombie who teaches them the joys of human flesh, things start to get messy, and Andy embarks on a journey of self-discovery that will take him from his casket, to the SPCA, to a media-driven class-action lawsuit on behalf of the rights of zombies everywhere.” We have no idea why they call this a romantic comedy, but we guess that Levitt will have an honour to “die, then find himself re-animated as a zombie, and forced to endure the hardships and prejudices of a society that denies him his basic rights”, while lovely Scarlett will portray that Rita girl, his love interest. Oh, we see now, that’s romantic! Ok then, we’ll keep an eye on this project, stay tuned!
Continue Reading
Advertisement
You may also like...
Related Topics:Diablo Cody, Joseph Gordon-Levitt, Scarlett Johansson