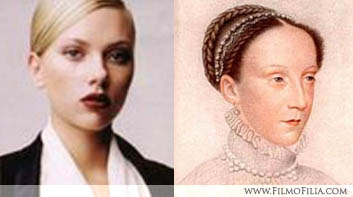 Scarlett Johansson has been attached to the title role in a movie called ‘Mary, Queen Of Scots’ for a while, then she finally found a director, Phillip Noyce.Noyce is set to direct and Scarlett Johansson to star in ‘Mary Queen of Scots,’ putting the costumer on course to start production in April. Noyce has signed on to call the shots on the Jimmy McGovern-scripted drama, which will focus on the rivalry between the young Roman Catholic who became Scotland’s Queen, before she was even a year old  in 1542.

Film will be a chronicle of the life and reign of Mary I of Scotland, with a concentration on her strained personal and political relationship with her cousin, Queen Elizabeth I of England. It’s a heck of a role for any actress, Samantha Morton played the role alongside Cate Blanchett in the recent ‘Elizabeth: The Golden Age’. It’ll be interesting to hear her accent in ‘Mary, Queen Of Scots.’
Continue Reading
Advertisement
You may also like...
Related Topics:Phillip Noyce, Scarlett Johansson