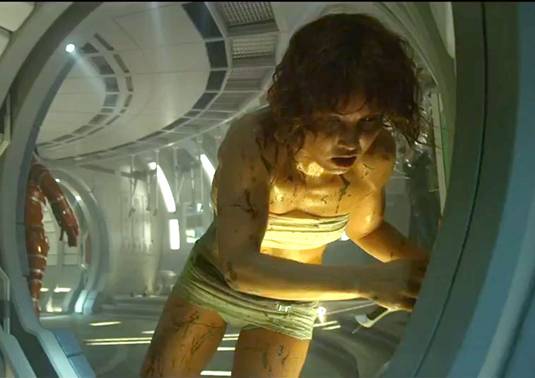 Sorry I’m late; a new international trailer (UK) for Ridley Scott’s Prometheus already appeared! This one, unlike the previous, proves that there’s still many more secrets and twists yet to be seen, so if you don’t want to know more than you do now, then don’t click play . However, Fox has released another extended trailer for Prometheus; Scott’s return to sci-fi looks amazing so far. If you’re still here, we have audio of Noomi Rapace’s character saying ‘Get it out of me’ which has obvious Alien implications, as well as we have the visual evidence that Charlize Theron’s character is evil corporate tool. Whatsoever the three-minute preview below shows Theron’s character, Meredith Vickers running a tight ship on a search for ties between ancient civilizations and the future, but hides tech tycoon Peter Weyland (Guy Pearce), who gave that infamous TED Talk from the future. Sort-of Aliens prequel, Prometheus opens June 8th in North America. Watch it and feel free to leave your comments down.
Continue Reading
Advertisement
You may also like...
Related Topics:Charlize Theron, Guy Pearce, Noomi Rapace, Prometheus, Ridley Scott