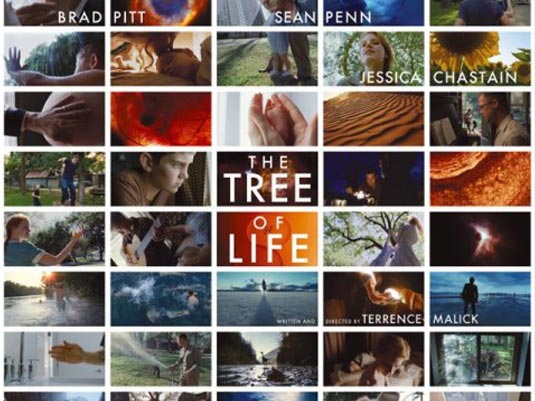 Today we have a new poster for The Tree of Life, which is basically a gallery of images showing off the more beautiful shots in the trailer that was released back in December.

Synopsis: From Terrence Malick, the acclaimed director of such classic films as Badlands, Days of Heaven and The Thin Red Line, The Tree of Life is the impressionistic story of a Midwestern family in the 1950’s. The film follows the life journey of the eldest son, Jack, through the innocence of childhood to his disillusioned adult years as he tries to reconcile a complicated relationship with his father (Brad Pitt). Jack (played as an adult by Sean Penn) finds himself a lost soul in the modern world, seeking answers to the origins and meaning of life while questioning the existence of faith. Through Malick’s signature imagery, we see how both brute nature and spiritual grace shape not only our lives as individuals and families, but all life.

The Tree of Life premieres in UK on May 5th and will hit limited theaters in the U.S. on May 27, 2011. That’s slightly confusing since the film is set to make its world premiere at the Cannes Film Festival, which doesn’t begin until May 11th. 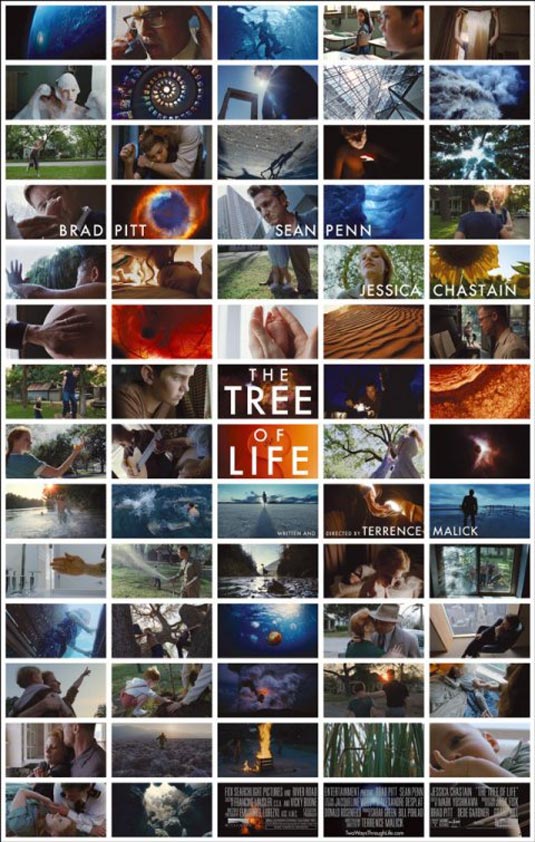 The Tree of Life Poster