Check out seven posters and the first TV spot for Brad Pitt‘s upcoming underworld thriller  Killing Them Softly. He plays Jackie Cogan, a professional enforcer who investigates a heist that went down during a mob-protected poker game. 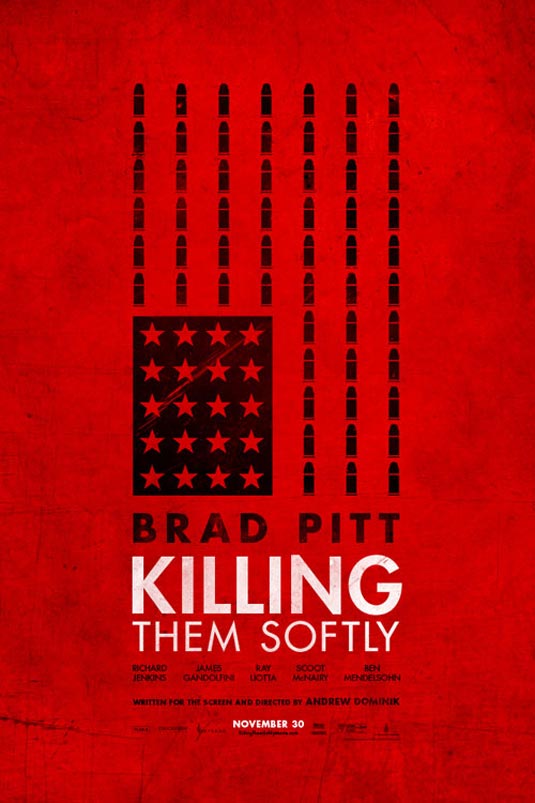