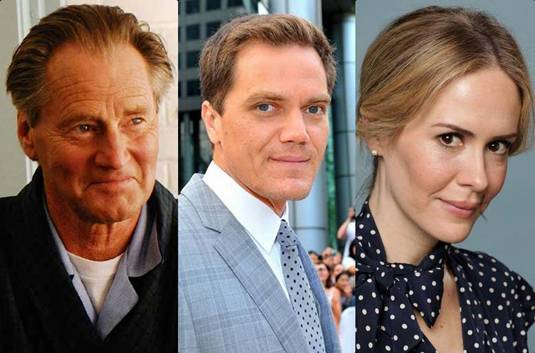 What a coincidence – the duo’s most recent film, Take Shelter, hits theaters this Friday and, as was announced yesterday, they are working together for the third time. The new project Mud, which lensing began yesterday in Arkansas is the evidence that almost symbiotic relationship between Michael Shannon and Jeff Nichols exists. Jokes aside, you can expect to hear a whole lot about director Nichols and actor Shannon in the coming months. Take Shelter is already earning plenty of Oscar buzz and Mud has attracted ever since a great cast like Matthew McConaughey, Reese Witherspoon and Tye Sheridan. Now, Nichols has added a few more names to this list – Sam Shepard, Sarah Paulson, Ray McKinnon, Joe Don Baker and Paul Sparks have all signed on for a coming-of-age drama. The writer/director Nichols told about the movie:

It’s a contemporary [story], about two fourteen year old boys who find this man hiding out on an island in the middle of the Mississippi River. They help him out. He says he killed a man in Texas and he’s on the run, but he’s kind of likable so they start to help him get things. McConaughey is playing the title character Mud, Witherspoon is playing Juniper, his girlfriend. Tye Sheridan from ‘Tree of Life,’ and another is a boy named Jacob that we just found in Arkansas also star. Ray McKinnon’s got a part in my new film, too. It’s going to be a tricky film to make because all of the stunts and effects are practical. Shotgun shootouts, dirt bike scenes, snakes and water and all this craziness.

Furthermore, Shepard will play the reclusive character of Tom Blankenship; Shannon will portray Galen, the uncle of one of the boys, and Paulson and McKinnon will play the parents of the other; Baker and Sparks are figures who are out for revenge. As for vet Shepard, he just wrapped shooting on Cogan’s Trade, opposite Brad Pitt and Paulson will next be seen opposite Elizabeth Olsen in the psychological thriller Martha Marcy May Marlene. Check out the trailer for Take Shelter, another psychological thriller that features fully realized characters crumbling under the weight of real-life problems. [youtube]http://www.youtube.com/watch?v=I5U4TtYpKIc[/youtube]