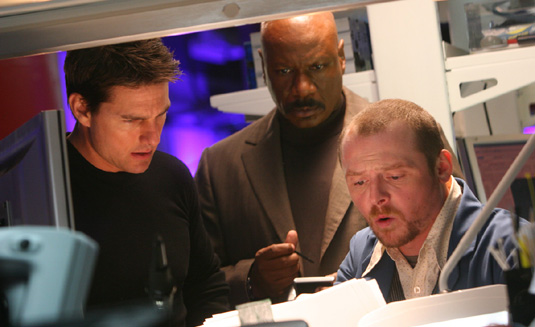 We already know that Tom Cruise will be back for his role as secret agent Ethan Hunt and now it looks that Star Trek star Pegg will be back as geeky scientist Benji Dunn as well. So, let the work on this project begin! Only this time, with some changes… The film will be directed by Brad Bird, man who responsible for projects like The Incredibles, and the award-winning Ratatouille. Of course, J.J. Abrams, who directed the third Mission Impossible movie, is producing together with Tom Cruise, and he also worked on the story with screenwriters Andre Nemec and Josh Appelbaum. And although Paramount hasn’t officially given the project the go ahead, it appears the film will be made, with production expected to begin in September. And, for all Pegg’s fans out there he will next star in John Landis’ comedy Burke and Hare and will lend his voice to The Chronicles of Narnia: The Voyage of the Dawn Treader. He also plays Inspector Thompson in Steven Spielberg‘s upcoming The Adventures of Tintin: The Secret of the Unicorn.
Continue Reading
Advertisement
You may also like...
Related Topics:Brad Bird, JJ Abrams, Mission: Impossible 4, simon pegg, Tom Cruise