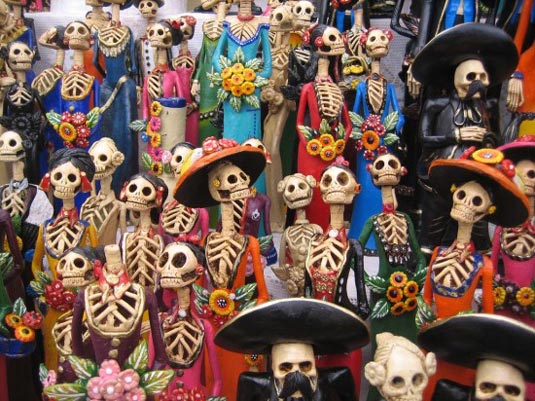 Last month at CinemaCon Pixar revealed that Lee Unkrich (Toy Story 3) and producer Darla K. Anderson are working on “a wholly original Pixar Animation Studios film that delves into the vibrant holiday of Día de los Muertos.” There hasn’t been any additional info on the project up until now, and while we still don’t have many details, a new article gives us a little more info on the project we can expect to see sometime after 2015. The LA Times has an article on the Pixar film, suggesting that the development of this project is spurred in part by the fact that Toy Story 3 is the highest-grossing film of all time in Mexico. Obviously, there is a Latino audience for Pixar films, and creating one aimed specifically at that audience, with all the merchandizing opportunities that entails, isn’t a bad idea. Unkrich told the LA Times: “Pixar movies do extremely well in Mexico. This will allow us to explore a really fascinating aspect of the culture there…This is a very different view of death than the American one. It’s not spooky. It’s celebratory.” Be sure you won’t get any details – plot, character or even a title, for a while because, at the time of the interview, Unkrich was still a week away from his first story pitch to the Pixar heads, which is just the first step in the process that takes a film forward at the studio. Pixar’s Day of the Dead movie isn’t the only one in development, though. There’s also one produced by Guillermo del Toro, which will be directed by Jorge R. Gutierrez, co-creator of the Nickelodeon show El Tigre: The Adventures of Manny Rivera. Think me weird all you want, but I’m a fan of Pixar and this Latino celebration, especially their way of depicting skulls (Remember the video-game Grim Fandango? One of my favourites!), so I am cheering for Pixar to do it as soon as possible.
Continue Reading
Advertisement
You may also like...
Related Topics:Guillermo del Toro, Lee Unkrich, Toy Story 3