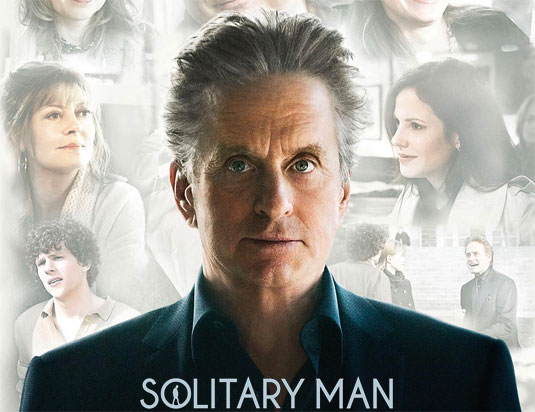 Anchor Bay Films has released two posters and trailer for Solitary Man starring Michael Douglas, Jesse Eisenberg, Jenna Fischer, Susan Sarandon, Mary-Louise Parker and Danny DeVito. A once successful Manhattan mogul who owned a chain of car dealerships finds himself on the brink of a fantastic comeback. His marriage and businesses were lost to him through a series of indiscretions of romantic and financial natures. His new girlfriend has a father that is offering him a second lease on life, but the one catch is he has to take his girlfriend’s daughter on a weekend college visit where he absolutely must behave himself or lose everything.

Solitary Man Poster The movie is co-directed by Brian Koppelman and writer/producer David Levien who both wrote Walking Tall, Ocean’s Thirteen and The Girlfriend Experience. Solitary Man arrive in limited theaters starting on May 7th this summer.