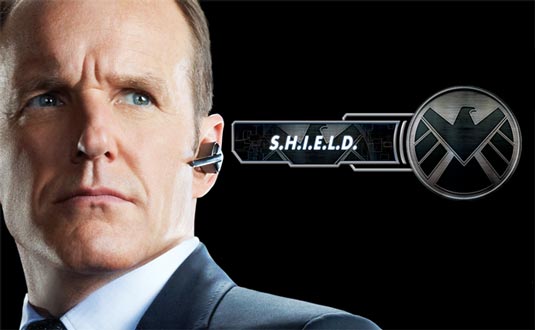 The ABC pilot Marvel’s Agents of S.H.I.E.L.D. (yep, it’s been retitled), co-written and directed by Joss Whedon, features the triumphant return of Clark Gregg‘s Agent Coulson, despite that he was killed off in Marvel’s The Avengers. Since it has already been confirmed that the potential series takes place after The Avengers, many geeks are wondering how Coulson’s appearance is even possible. The latest plot details reveal how he comes back from the dead, but this is the point where we must warn you about heavy spoilers, so read on at your own risk: . . . . . . . .

“In the pilot, it’s revealed Nick Fury (Samuel L. Jackson), the ultimate super spy, faked Agent Coulson’s death on purpose to motivate The Avengers. Some S.H.I.E.L.D. members were in on it (including, possibly, Maria Hill played by Cobie Smulders) but The Avengers were not. Their security clearance wasn’t high enough. Coulson was forced to hold his breath as part of the ruse and that’s a point of contention among his colleagues. After the fact, Fury moved him to a remote location until things died down, and then he was reinserted into duty at the time of the show.”

The said details have not been confirmed by Marvel or ABC as of yet. If you remember, agent Coulson was killed by the spear of Loki in The Avengers. It seems highly unlikely that Loki, being the not-on-the-team villain and all, would be in on this ruse – so how exactly could they “fake” Agent Coulson’s death? I guess we’ll just have to wait and see if ABC picks up Marvel’s Agents of S.H.I.E.L.D. to find out. Source: /Film
Continue Reading
Advertisement
You may also like...
Related Topics:Clark Gregg, Cobie Smulders, Joss Whedon, Samuel L. Jackson