Paramount Pictures has released an all-new Japanese trailer that offers a few snippets of fresh footage and a UK promo clip from J.J. Abrams’ sci-fi sequel Star Trek: Into Darkness in which rogue Federation spy, John Harrison wishes to use pointy-eared Vulcan Spock for his devious plan. An explosive action thriller opens in IMAX theaters on May 15th before expanding to conventional theaters on May 17th, 2013. Star Trek: Into Darkness stars Benedict Cumberbatch, Chris Pine, Zachary Quinto, Karl Urban, Zoe Saldana, Simon Pegg, Anton Yelchin, John Cho, Bruce Greenwood, Peter Weller, Alice Eve, and Noel Clarke. Check it out along with a new image that gives an up-close look at the USS Vengeance, a Dreadnought-class ship (above). All these bonus goodies will keep die-hard teaser fanciers interested as have pulled off the marketing folk over in The Wolverine‘s camp. 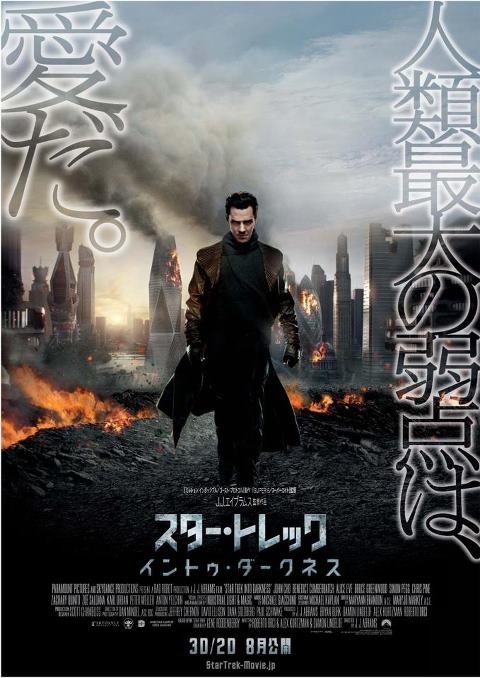