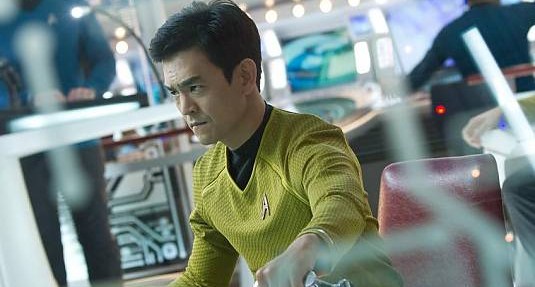 The fleet has cleared spacedock, Captain. All ships ready for warp! Nice to see that John Cho is back as Hikaru Sulu for the upcoming Star Trek Into Darkness movie, which (don’t forget!) opens next week. Head inside to check out the latest featurette and hear what Cho has to say about the whole thing! Just a quick reminder – J.J. Abrams‘ explosive action thriller opens on May 15th, 2013, and beside Cho, also stars Chris Pine, Zachary Quinto, Zoe Saldana, Karl Urban, Bruce Greenwood, Simon Pegg, Anton Yelchin, Benedict Cumberbatch and Alice Eve.

Let us know what you think about Sulu, and in case you’ve missed our previous reports, make sure you check out our Star Trek movie base!