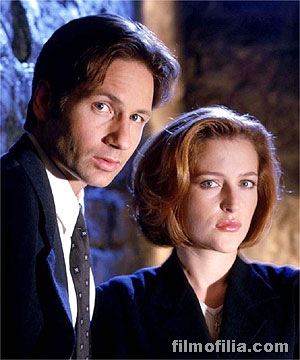 David Duchovny and Gillian Anderson have asked the producers of the upcoming X-Files movie to remove a love scene between their characters. The duo reportedly want bosses to drop a romantic sub-plot from the film, in which they reprise the roles of FBI Special Agents Fox Mulder and Dana Scully from the hit TV show. A source told the Daily Express: “There was one draft of the script where Mulder and Scully have a bedroom scene but it looks like that has been put on hold. “David and Gillian are concerned about having the characters involved in some kind of love story, as they feel that was the beginning of the end of the original show.” The source added that negotiations over the scene were “on-going”.
Continue Reading
Advertisement
You may also like...
Related Topics:David Duchovny, Gillian Anderson, X-Files