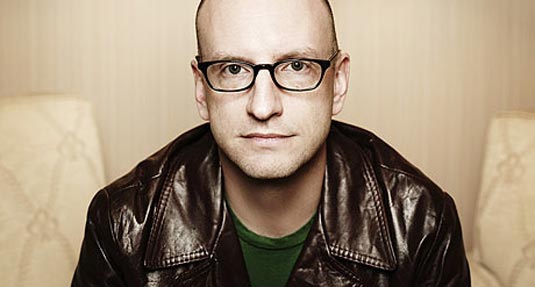 So, remember a few days ago when we wrote about Steven Soderbegh and we said that Side Effects (The Bitter Pill) will be his next project? Yeah, I remember that too and I’m so glad that we already have an update on the whole thing because – hey, it’s Soderbegh’s next, and some serious team is on board as well! As I mentioned the other day, The Bitter Pill script comes from Scott Z. Burns, the same man who did a nice job on Soderbergh’s Contagion and The Informant! movies. This time the story will follow a troubled and depressed woman who is taking serious amounts of prescription drugs to deal with the anxiety surrounding the pending release of her husband from prison. See, that’s why we have a pill in the title! We’re going step by step with this project, but we except more details as soon as possible. I’m definitely interested in the possible cast, I don’t care – even some crazy rumor counts! At the end I will just add that Deadline says Summit is the frontrunner for a script that wasn’t distributed widely, although they also mention Paramount as the other possible place for the movie. Let us know what you think about this plot, and stay tuned for more!
Continue Reading
Advertisement
You may also like...
Related Topics:Scott Z. Burns, Side Effects, Steven Soderbergh, The Bitter Pill