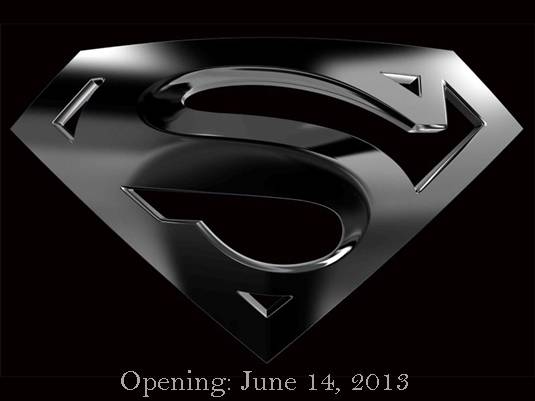 A superhero film project, slated to be produced under the development of Zack Snyder, Christopher Nolan, and David S. Goyer and based on the DC Comics Superman: The Man of Steel, a monthly comic book series has been pushed back six months, from Christmas 2012 to Summer 2013. While no official word has been given as to the delay, in fact, a studio spokeswoman pointed out that the new Superman film had never been given an official release date and that the December 2012 date was announced very early in the development process, it seems fair to suggest that even Superman himself didn’t feel like competing with Quentin Tarantino’s Django Unchained, Johnny Depp’s Lone Ranger, Ang Lee’s adaptation of Life of Pi and more importantly, competing WB feature, Peter Jackson’s The Hobbit, all due to release December 2012. As of right now the only other Summer contender is Iron Man 3 which kicks off Summer 2013 on May 3rd. Not that Man of Steel wouldn’t have a fighting chance, but this idea sounds better. At present, the script for Man of Steel is still being penned by Batman Begins writer Goyer, with Jonah Nolan (brother of Christopher and scribe of The Dark Knight) giving it a polish. Christopher Nolan, in his role as producer, will also have more time to consult on the project, once he finishes The Dark Knight Rises. Furthermore, it gives the creative time to get over rumored the third-act problems. Man of Steel is confirmed to star Henry Cavill as Clark Kent/Superman, making him the first non-American actor to be cast in the role, Amy Adams will portray Lois Lane, Diane Lane has been cast as Martha Kent and Kevin Costner as Jonathan Kent. Michael Shannon has been cast in the role of General Zod. Antje Traue was cast as Faora, another villain in the film. Harry Lennix has been cast in the role of Sgt. Swanwick. The cast is also said to include Russell Crowe for the role of Jor-El, as well as Julia Ormond for the role of Lara. Finally, Christopher Meloni has been cast as a military general. Therefore, the new release date for Man of Steel is June 14, 2013. Don’t be frustrated to learn you will have to wait longer for a Superman opening, that’s truly worth the wait. Or like Henry Cavill said:

Superman is Superman, after all. There’s only so much of a change you can make to that.