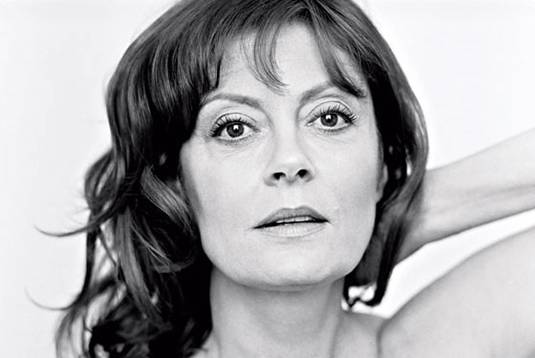 Pairing Dwayne The Rock Johnson with Susan Sarandon is the most secure method for changing screenplay. Yes, because Sarandon is in final talks to join the action thriller Snitch in the role changed from male to female. Scribed and directed by Ric Roman Waugh, the project inspired by a Frontline documentary has been long in development (Carl Franklin was previously attached to direct). Johnson would play a suburban father shocked by the news that his teenage son has been sentenced to a lengthy jail sentence on trumped-up drug charges. In order to reduce his son’s sentence, the father agrees to go undercover in the drug dealer’s cartel in hopes of delivering the criminal to law enforcement officials. Sarandon would play an ambitious U.S. attorney who latches on to the protagonist’s mission because she believes the high-profile drug bust will boost her career. Wow! Obviously, Sarandon is far from retiring as she recently wrapped the Adam Sandler/Andy Sandberg comedy I Hate You Dad and is currently filming the Wachowskis’ adaptation of Cloud Atlas as well as Robert Redford’s The Company You Keep. There’s no exact word on when the film will shoot. Does this co-star chemistry seem bizarre to you? Check out the trailer for Wall Street: Money Never Sleeps, the film in which Academy Award-winning actress last appeared. Stay tuned. [youtube]http://www.youtube.com/watch?v=5w4VKhjllzs[/youtube]