The first trailer, poster and pics for the upcoming crime thriller Takers have appeared online. ” Takers” synopsis: Notorious group of criminals continue to baffle police by pulling off perfectly executed bank robberies. They are in and out like clockwork, leaving no evidence behind and laying low in between heists. But when they attempt to pull off one last job with more money at stake than ever before, the crew may find their plans interrupted by a hardened detective (Matt Dillon) who is hell-bent on solving the case. 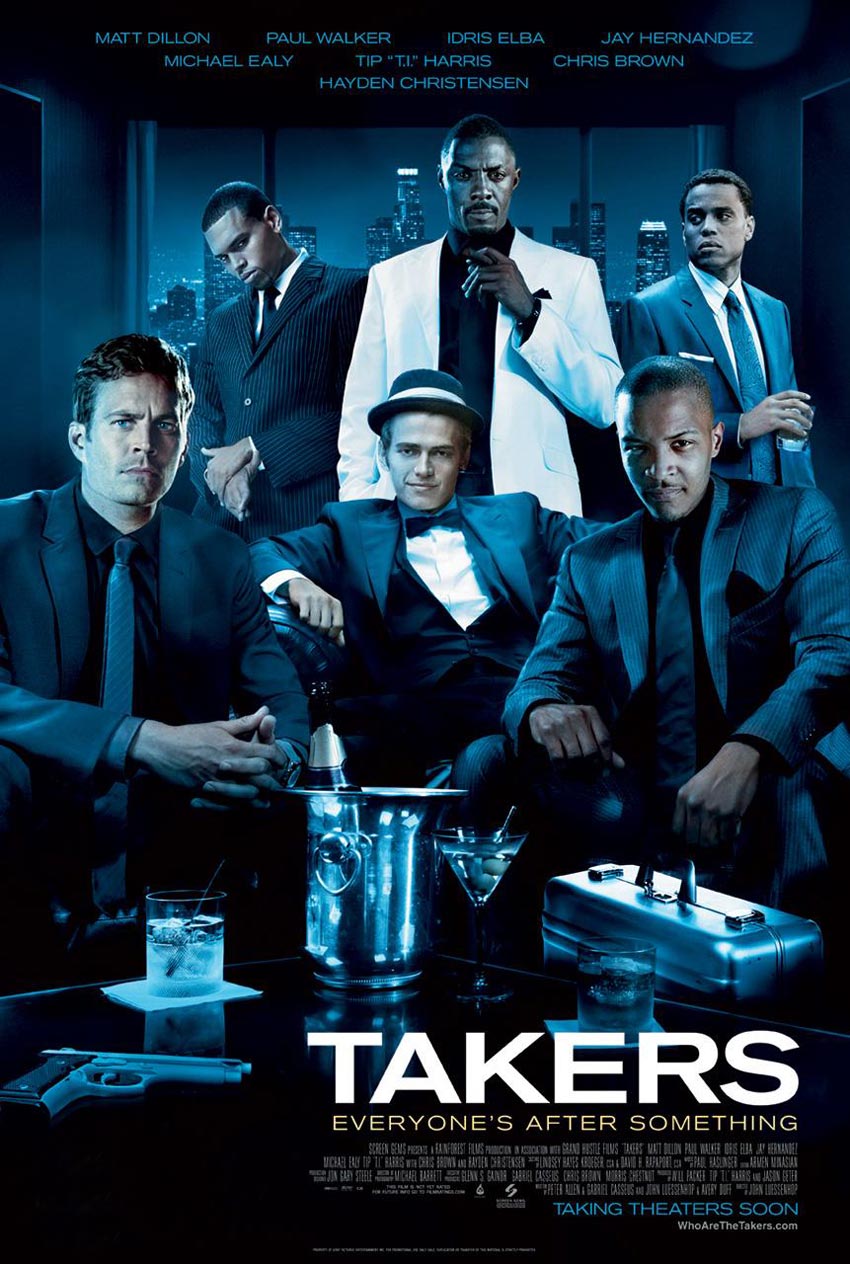