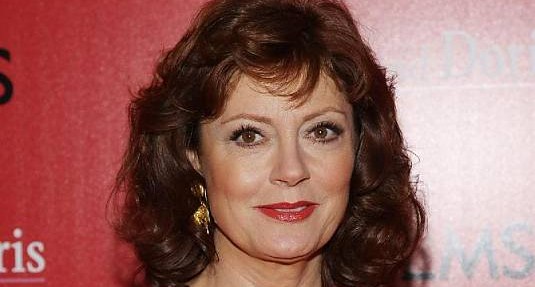 Susan Sarandon is in some serious negotiations to join previously announced Melissa McCarthy in the upcoming movie titled Tammy! And yes, we are talking about a completely new road trip comedy, which comes from McCarthy and her husband Ben Falcone who is on board to direct the whole thing! At this moment we know that McCarthy and Falcone stand behind the Tammy script which will reportedly revolve around:

…a woman who is laid off from her job at a fast food restaurant, discovers her husband is having an affair and decides to go on a road trip with her alcoholic, foul-mouthed, diabetic grandmother.

So, we already know that McCarthy is set to play the above mentioned fast food restaurant employee, while, according to THR, Sarandon jumps in to star as her grandmother. In addition to Sarandon, Kathy Bates is also attached to star as the grandmother’s lesbian friend who saves the duo from some bad spots. Will Ferrell and Adam McKay will produce the project along with McCarthy, while Kevin Messick, Chris Henchy, Ben Falcone and Rob Cowan will executive produce the whole thing. Stay tuned for more updates!
Continue Reading
Advertisement
You may also like...
Related Topics:Kathy Bates, Melissa McCarthy, Susan Sarandon

TRANSFORMERS 4 Plot Details
Kristen Wiig Reteams With Will Ferrell For WELCOME TO ME Comedy!
Advertisement