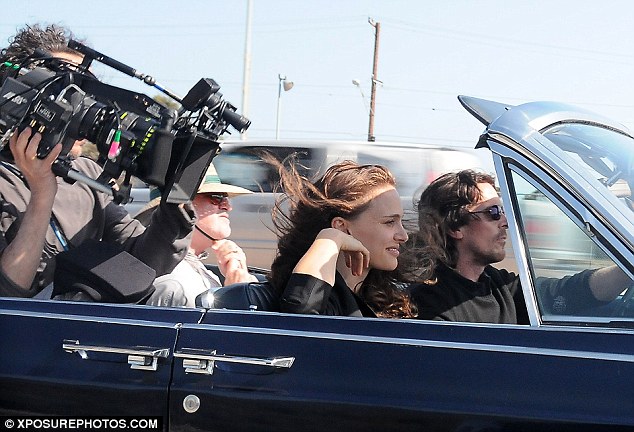 The Hollywood Reporter debuts a first still from Terrence Malick‘s Knight of Cups, featuring Christian Bale and Natalie Portman on a beach together. FilmNation Entertainment reportedly shows footage to foreign distributors investing in Malick’s latest experiment. The film’s plot has been kept under wraps, but centers on celebrities and their excessive life of temptations. Could it give you a hope for what this movie could be? However, it’s a typical Malick beautiful shot. Besides Bale and Portman, the cast includes Cate Blanchett, Antonio Banderas, Joel Kinnaman, Isabel Lucas, Imogen Poots, Wes Bentley and many others were among those who featured on set at various points. The two upcoming films from Malick, Knight of Cups and FMA Lawless, a picture set in the Texas music industry, might have some link, but exact details are still vague. Lawless follows ‘two intersecting love triangles’ and is a story about ‘sexual obsession and betrayal set against the music scene in Austin.’ No release information is available for either film, but Knight of Cups is expected to hit theaters later this year. Check out the image below.