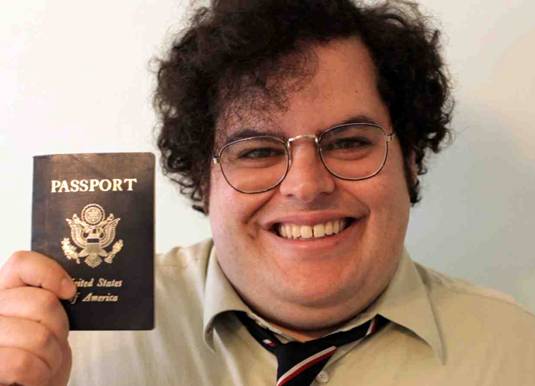 Good news guys, nominated for the 2011 Tony Award for Best Leading Actor in a Musical, Josh Gad is joining Thanks for Sharing, an indie that added an ideal female cast a week after. We recently informed you that Gwyneth Paltrow and Joely Richardson alongside Mark Ruffalo and Tim Robbins are playing a group of sex addicts who meets in a recovery group. Now, the new hit Broadway musical The Book of Mormon star Josh Gad will play Neil, a person with uncontrolled sexual behavior and strong appetite. After experiencing cheating his way through recovery programs Ruffalo’s character becomes his sponsor and helps straighten him out. Comedic actor Josh Gad is a perfect choice for the Neil role, simply because the stage-trained funnyman has always understood the immediate hilariousness of physical comedy. Oscar nom for co-writing The Kids Are All Right Blumberg makes his feature film directorial debut, which he co-wrote with Matt Winston. Production is slated to begin later this month in Gotham. Gad had a breakout season in 2008 with The Rocker and 21. He also had brief supporting appearance in Love and Other Drugs, and then he toplined the slapstick comedy Gigi: Almost American, a weekly web series that premiered a few months ago on My Damn Channel. Co-produced by BBC Worldwide, Gigi finds Gad playing a lovable foreigner with dreams of fitting in as an “average American,” but also an inclination to end up in hairy situations. Actor recently signed up for the lead in the indie comedy She Wants Me, and he will soon be voicing characters in upcoming Ice Age: Continental Drift and MTV’s animated series Good Vibes. [youtube]http://www.youtube.com/watch?v=ElcrPZ68YOM[/youtube]