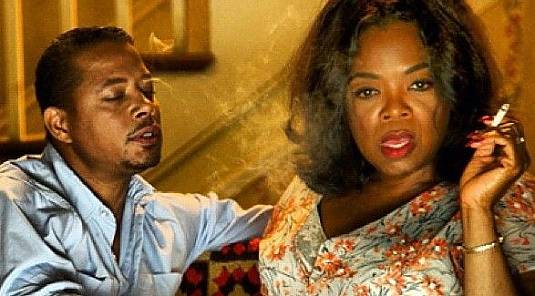 Forest Whitaker rocks in the first trailer for Lee Daniels‘ upcoming film The Butler! That’s exactly what we have for you today – the first video from a historical drama which is set to open this October and has an awesome cast on board! Check them all out & let us know what you think… Lee Daniels directs the movie from a script he co-wrote with Danny Strong, and as we previously reported, the whole thing is actually based on the life of Eugene Allen, a real-life butler who served seven sitting Presidents of the United States in the White House until his retirement in 1986. The movie traces the dramatic changes that swept American society, from the civil rights movement to Vietnam and beyond, and how those changes affected this man’s life and family. Beside great Whitaker who stars as butler Cecil Gaines, the rest of The Butler cast includes Oprah Winfrey as his wife, Alan Rickman as Ronald Reagan, Jane Fonda as Nancy Reagan, John Cusack as Richard Nixon, James Marsden as John F. Kennedy, Minka Kelly as Jackie Kennedy, Liev Schreiber as Lyndon B. Johnson, Robin Williams as Dwight Eisenhower, Melissa Leo as Mamie Eisenhower, Orlando Eric Street as Barack Obama and Nelsan Ellis as Martin Luther King Jr. The Butler is set to hit theaters on October 18th, 2013. So, what do you think?