Connect with us
Julie Delpy‘s upcoming project is ‘The Countess‘ in which she is starring as well as directing and writing, a dramatic adaptation of the life of Erzsébet Báthory, the 16th-century Hungarian countess who killed virgins and bathed in their blood in an effort to keep herself young. ‘The Countess’ also starring William Hurt, Daniel Brühl, Ethan Hawke, Radha Mitchell and Anamaria Marinca. 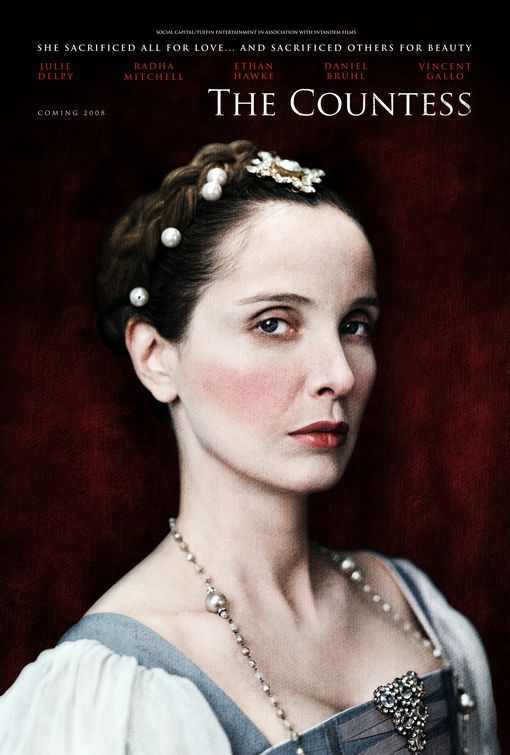 The Producer, Chris Tuffin said: “‘The Countess’ is much more of a period, art house piece with allusions to the macabre life and times of Erzsébet Báthory versus a straight horror tale,” and added, “We think audiences will find it more akin to ‘Perfume’ or ‘Quills’ in that it shows how even the most refined individuals can lose their humanity when darkness or depravity consumes them.” The true story of Countess Báthory born in 1560. At the age of 14, she married a powerful warlord, 10 years her senior. Although their relationship became cold and distant she bore him four children. While he was away fighting wars, she kept up their estate with the help of her confidant, the witch Anna Darvulia, becoming increasingly powerful. She was feared, admired and loathed by many – even the King had to obey her wishes. After her husband died, she met a handsome young man. They fell passionately in love. However, she was desperately concerned that she was not young enough to keep him. For 12 years, she waited for his return and in mad desperation, began to bathe in the blood of virgins, convinced that it would provide her with eternal youth and beauty, setting in motion the chain of bloody and treacherous events that led to her demise.
Continue Reading
Advertisement
You may also like...
Related Topics: