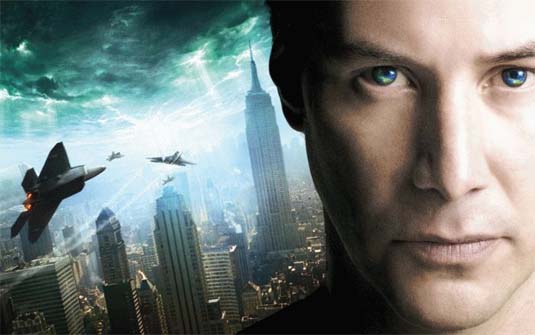 Check out one more international poster (French) for one of the most anticipated movies of the year – “The Day the Earth Stood Still.” Take a look also at two latest TV spot for the movie. The director Scott Derrickson talks about original movie and its remake: “It was intentional. I certainly took a lot of time to explore other possibilities. It wasn’t just a foregone conclusion in my mind that we would be sticking to the original. I tried looking at a lot of different possibilities, worked on a lot of different ideas with artists and just always a nagging sense that there was something right about the way the original, that there was something about this alien entity choosing a human form or being in a human form that had value even by modern standards, not by 1950 standards. I also am such a fan of the original film. You have to also just have some respect for Gort. Gort is Gort. There’s no question what we designed pays homage to the original.” In an interview with MTV News, Keanu Reeves told that Klaatu’s message to Earth was very different from the one in the original, that he was bringing with him a warning to stop destroying the environment. “It’s both and even more,” Derrickson explained. “I think that this film in some ways is an attempt to address a number of issues that are amongst the most pressing issues for the human race. The original being a Cold War film was addressing what was clearly the greatest threat for the human race at that time, mutual nuclear destruction, and that’s not the most pressing threat that we face now. It’s also man vs. man. We are destroying each other as well. Our country’s at war right now. There is certainly the issue being addressed in the movie of our treatment of one another on the planet. I think it’s a movie about human nature as much as anything else and how human nature is acting itself out in the world right now.” In the original, Klaatu finds the character of Helen after he escapes from custody. Here, she goes to him. “She’s actually a professor at Princeton University and she’s a microbiologist and she’s recruited early in the movie for an event that’s clearly occurring. She’s recruited by the government whether she likes it or not, really,” Derrickson said. “Helen is probably an expanded role from the original film. Jennifer Connelly, of course, is a fantastic actress. She was always my first choice for the role so I’m elated that she’s in it.” “The Day the Earth Stood Still” is 20th Century Fox’s contemporary reinvention of its 1951 classic. Keanu Reeves portrays Klaatu, an alien whose arrival on our planet triggers a global upheaval. As governments and scientists race to unravel the mystery behind the visitor’s appearance, a woman (Jennifer Connelly) and her young stepson get caught up in his mission – and come to understand the ramifications of his being a self-described “friend to the Earth.” 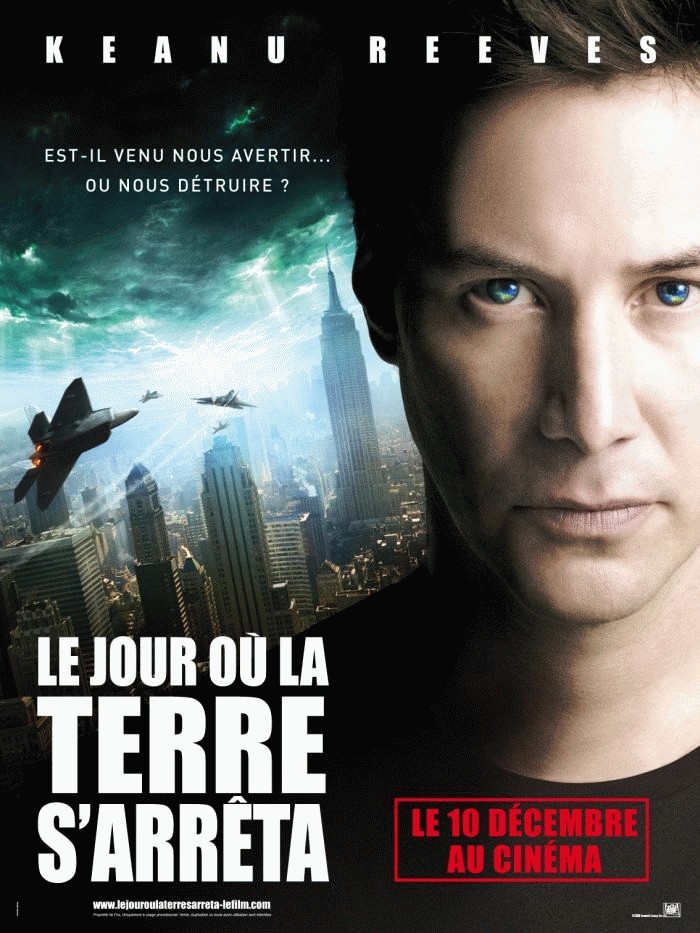 You can watch an 5 minute trailer for the movie here
Continue Reading
Advertisement
You may also like...
Related Topics:jennifer connelly, Keanu Reeves, Scott Derrickson, The Day the Earth Stood Still