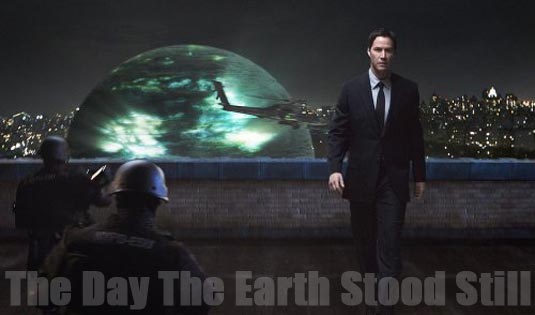 The Day the Earth Stood Still, a classic parable from 1951 with the most poetic title in all of science fiction, was begging to be updated, and so it has in this new film starring Reeves and Connelly. The new Day has spectacular effects to back up its sermon (it was preachy then, it’s preachy now) about humanity’s failings and how those might annoy a universe that’s concerned we’re about to muck up the neighborhood.

But it’s only about three quarters of a good film, a solid thriller that loses heart and ends so abruptly as to make you wonder if the screenwriter didn’t simply go on strike and refuse to provide a finale…full story [OrlandoSentinel]

The best thing in the movie is Michael Rennie, who as the courtly extraterrestrial diplomat Klaatu exudes the sad yet deeply expressive charm of a haunted Peter O’Toole. In the expensive but plodding new remake, the spaceship – now an ethereal globe – lands in Central Park, and Gort isn’t so lovey-dovey; he’s like a super-tall, obsidian Oscar statue wreaking havoc. As for Klaatu, he’s now played by Keanu Reeves, who speaks every last line in a deliberately blank take-me-to-your-leader monotone that makes him sound like a kid imitating the rote sci-fi aliens of the ’50s Michael Rennie transcended. Reeves seems to be trying to wriggle out of the charge that he’s a flat actor by acting flat on purpose. But in The Day the Earth Stood Still, he is flat. And boring. And so is the film…full story [EW] 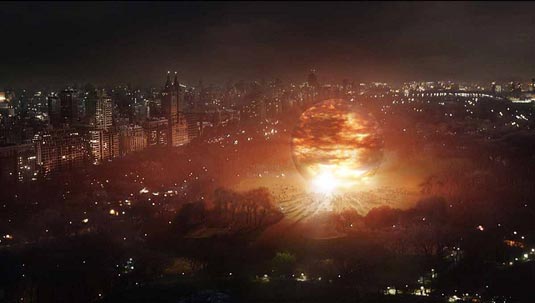 The 1951 version is a classic because it honed in on Cold War paranoia and the proliferation of atomic weapons. The bugaboo this time, natch, is the environment. For better or worse, specific allegations don’t get raised. Al Gore does not make a cameo, even though John Cleese and James Wong do. (Yeah – apocalyptic horror loses its gravity when the dude from Balls of Fury stops by, sorry.) There is benefit in not being overly preachy – if Jennifer Connelly were to tell me to separate paper from plastic I’d’ve told her a thing or two – but it ultimately makes the conclusion somewhat hollow. The 1951 film ends with all eyes on this new crazy concept called The U.N. and how we should all give it a go. The 2008 version ends with us “doing better.”…full story [UGO] 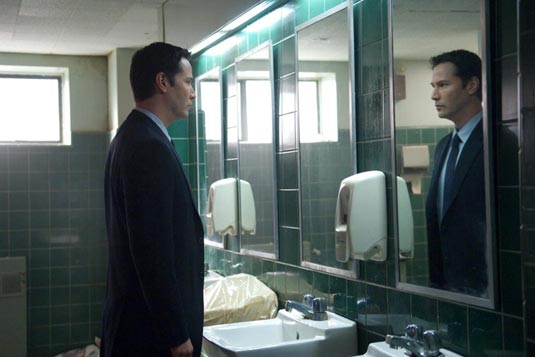 Like many Cold War sci-fi movies, The Day the Earth Stood Still succeeds as anti-nuclear allegory even as the music, costumes, and dialogue ratchet up the cheese factor (“Deploy all Zone 5 units according to Plan B! Immediately!”). Audiences in the 1950s didn’t care if it was cheesy. The irony and cynicism of the ’70s and ’80s killed movies like this. It’s a shame.

Perhaps the most unbelievable element of the script is that some of the politicians and scientists in the movie behave with politeness and intelligence. At least, it would be unbelievable now. Another noteworthy aspect of this film is that Klaatu speaks several lines of dialogue in his own language to his robot doppelganger, Gort. One phrase, “Gort, Klaatu barada nikto” was a catchphrase through the late ’60s. Like a lot of things in the ’60s, I guess you had to be there…full story [Filmcritic]

We don’t get the answer to any of those questions, or even the simple notion of what it is we’re doing, exactly, that’s destroying the earth. Though the obvious answer is “rampant consumerism and environmental ignorance,” the prominent product placement from McDonald’s, LG, Microsoft and others apparently ruled that answer out The original 1951 film carried a timely anti-nuclear message, but this film wouldn’t dare offend anyone by even mentioning the phrase “global warming.” When Helen argues at the end that humans can change, and are worth sparing, there’s no notion of what it is we’d change if given the chance. Maybe Klaatu knows better after all…full story [Cinema Blend]

Hokey as the original “The Day the Earth Stood Still” may be, with its multiple hit-you-over-the-head references to the Cold War, an era that’s long gone, it’s still fascinating as a period piece. It’s difficult to imagine this remake being of much interest to anyone, now or 57 years in the future, provided we finally decide to ditch all our Hummers and are still around.

In the event we aren’t, Twentieth Century Fox informs us, at least the folks out in Alpha Centauri (should there be any) will have a chance to pass judgment on this movie. This is the first motion picture to be transmitted into deep space, and should arrive at that distant star by 2012…full story [silive.com] 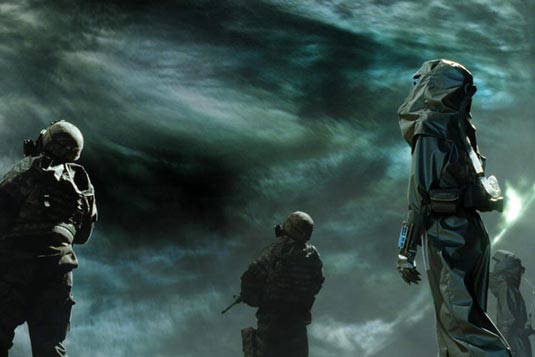 The most disappointing element of the remake is that it clearly strives to be something more. The story holds interest, but it remains oddly unaffecting; for all the effort to juice up the narrative, the action feels dull, unable to engage its audience on an emotional or intellectual level. The new DAY is bigger, but the extra size feels like unnecessary fat. It’s a bit like seeing a former heavyweight champ past his prime – slower, heavier, without the former grace and the sharp jab…full story [Cinefantastique]

The spaceman is still named Klaatu, though, and he’s still here to deliver an ultimatum, with a big, bad robot (assigned the military acronym of — you guessed it — Gort) sticking around in case the planet’s population agrees to disagree. The message this time is one of eco-awareness (though never specifically Global Warming), as if addressing our current and continued conflicts as a species might be too hypocritical of a blockbuster dedicated to showcasing the destruction of Gort and his micro-mechanical termites from the hour mark on. (The effect of the latter, it should be said, might be as close as we’ll get to a film adaptation of Michael Crichton’s Prey.) If the modern audience wanted to be knocked for its aggressive tendencies on- and off-screen, Michael Haneke might’ve been hired to helm instead of Scott Derrickson (The Exorcism of Emily Rose)…full story [Cinematical]