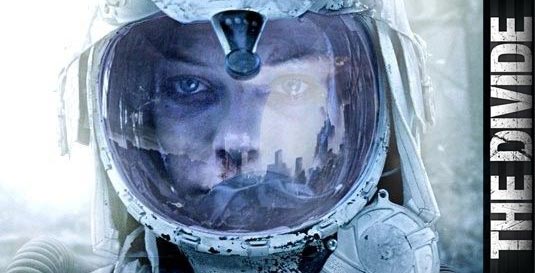 Today we have a brand new poster for Xavier Gens’ post-apocalyptic movie The Divide, formerly known as The Fallout. Check it out below. Synopsis: When a cataclysmic explosion devastates New York, eight strangers take refuge in the basement of their apartment building, a converted fallout shelter designed by their paranoid superintendent Mickey. With just three connecting rooms it’s barely big enough, but with stockpiles of food and water, the group are at least safe from the horrors outside, and they settle in and attempt to fathom the catastrophe that has ended the lives of so many of their loved ones. But suddenly men in HAZMAT suits storm their shelter and open fire. The strangers join forces in a desperate bid to take on this enemy, with no one understanding what these HAZMATS are looking for and what drives them to be so merciless. With fatalities on both sides and the remaining HAZMATS temporarily pushed back and locked out, the worst is yet to come for the group. Cabin fever sets in as the perception of the shelter shifts from safe-haven to claustrophobic rat-trap. Fear of radiation-poisoning and dwindling supplies play on their minds, while the young, beautiful Eva has more immediate worries… Her fiancé Sam is weaker than the other males, who are slowly starting to regress into ruthless, violent, predators. As tension mounts their sanctuary becomes a living hell, and with Sam powerless to protect Eva, she must rely on her wits to save herself from becoming the mercy of the pack in a thrilling final act. The film is written by Karl Mueller and Eron Sheean. It stars Milo Ventimiglia as Josh, Michael Biehn as Mickey, Ashton Holmes, Peter Stormare, Rosanna Arquette as Marilyn, Lauren German as Eva, Courtney B. Vance as Delvin, Michael Eklund as Bobby and Iván González. The Divide, which is yet to have its official release date, is slated for 2011 release. 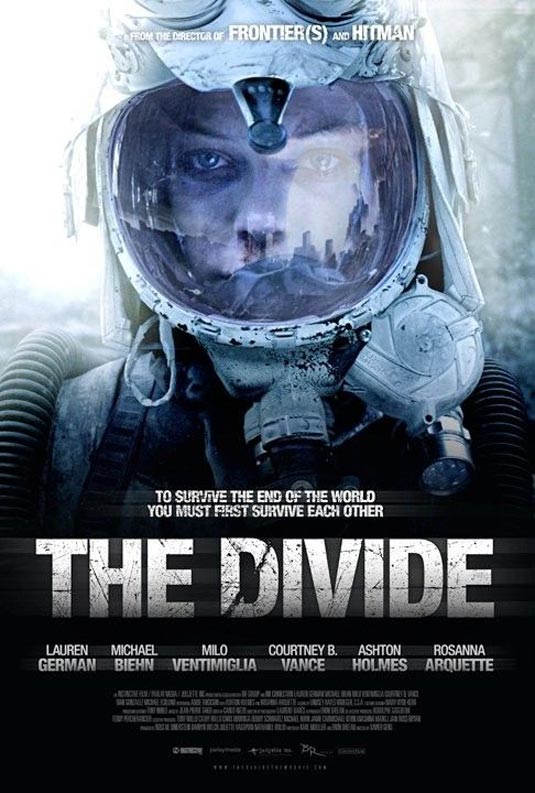