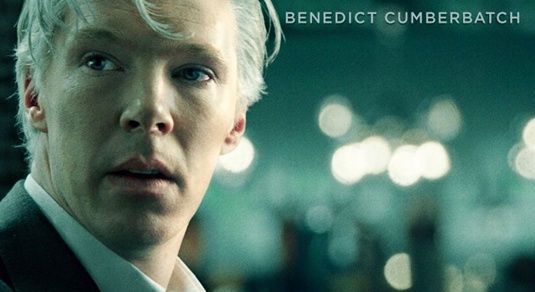 We already shared one pretty cool trailer and some pics from The Fifth Estate, now it’s time for us to add the very first poster for the whole thing to our little gallery. Nothing spectacular, just another look at Benedict Cumberbatch and Daniel Bruhl, who are back to remind us that – you can’t expose the world’s secrets without exposing your own… Let us once again remind you that Bill Condon directed this dramatic thriller from a script written by Josh Singer, which is based on true events and reveals the quest to expose the deceptions and corruptions of power that turned an Internet upstart into the 21st century’s most fiercely debated organization. In other words, the movie focuses on WikiLeaks founder Julian Assange (played by Cumberbatch) and his colleague Daniel Domscheit-Berg (played by Bruhl) who team up to become underground watchdogs of the privileged and powerful. But, what are the costs of keeping secrets in a free society, and what are the costs of exposing them? Here’s the rest of the plot:

On a shoestring, they create a platform that allows whistleblowers to anonymously leak covert data, shining a light on the dark recesses of government secrets and corporate crimes. Soon, they are breaking more hard news than the world’s most legendary media organizations combined. But when Assange and Berg gain access to the biggest trove of confidential intelligence documents in U.S. history, they start to battle each other…

Jude Law Is DOM HEMINGWAY, And You’re Not!
Wong Kar Wai’s THE GRANDMASTER Reveals New Trailer (With A Track From RZA)
Advertisement