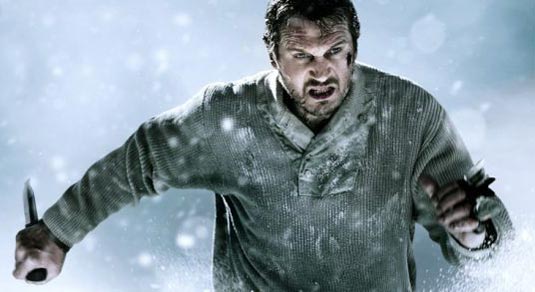 Open Road Films released a new banner and 10 high resolution photos from Joe Carnahan’s chilly thriller The Grey starring Liam Neeson as an oilman who survives a plane crash in Alaska, only to find himself hunted by a pack of ferocious wolves.

In ‘The Grey’, Liam Neeson leads an unruly group of oil-rig roughnecks when their plane crashes into the remote Alaskan wilderness. Battling mortal injuries and merciless weather, the survivors have only a few days to escape the icy elements – and a vicious pack of rogue wolves on the hunt – before their time runs out.