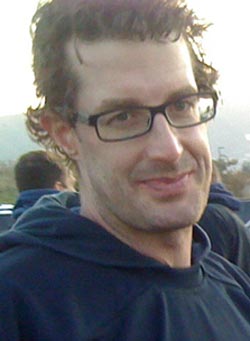 If you liked The Hangover Part II, then you’re definitely familiar with his name!

Scot Armstrong is the guy responsible for Hangover 2 script, and we’re happy to hear he will soon make his directorial debut with the upcoming comedy that will be titled Road to Nardo.

Trust us, this could be something interesting, so make sure to check out the rest of this report.

At this moment we know that Road to Nardo will center “on two roommates who go to great and dangerous lengths to save their friend Nardo, who is naked and stranded in Mexico.”

Thanks to THR we also learned that comic and actor TJ Miller will play one of the pair of rescuers, and that Armstrong is looking for relative unknowns for the rest of the cast.

Miller’s character is described as “a fast-talking and slobby guy in his 20s who lives to gamble, drink and hook-up,” while his friend is more “upwardly mobile”.

As for Scot Armstrong, he already described the film as Traffic plus Superbad, and while we’re still here, let us also mention he will produce the whole thing together with Neal Moritz and his Original Film banner.

We’ll keep an eye on Road to Nardo, make sure to stay tuned!