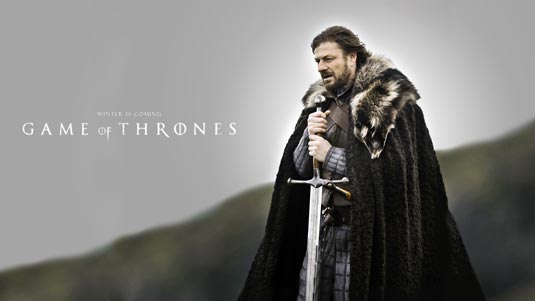 Over the past few days, the media has jumped onto something that has gone unnoticed since February. In the first season finale of HBO’s world-wide hit Game of Thrones, the alleged severed head of former President George W. Bush is seen briefly on a stake. The head is even pointed out in the commentary by producers on the DVD. Of course, some people (yeah, you know, those ‘politically correct’ ones) didn’t find it as funny as others, including HBO. They swiftly issued a statement apologizing for the mishap and declared their intentions to remove the scene from future releases. The statement read:

“We were deeply dismayed to see this and find it unacceptable, disrespectful and in very bad taste. We made this clear to the executive producers of the series, who apologized immediately for this inadvertent, careless mistake. We are sorry this happened and will have it removed from any future DVD production.”

The producers, David Benioff and D.B. Weiss, also released a statement in response to the incident:

“What happened was this: we use a lot of prosthetic body parts on the show: heads, arms, etc. We can’t afford to have these all made from scratch, especially in scenes where we need a lot of them, so we rent them in bulk. After the scene was already shot, someone pointed out that one of the heads looked like George W. Bush. In the DVD commentary, we mentioned this, though we should not have. We meant no disrespect to the former President and apologize if anything we said or did suggested otherwise.”

In addition to stopping the production of DVDs for season one, HBO has pulled the episode from iTunes and HBO Go until the scene can be edited out. According to The Hollywood Reporter, the episode will be reposted as soon as the editing is finished, but there’s no word yet as to when that will happen, which is unfortunate for those who are looking to get into or rewatch the show right now. I understand that HBO’s gotta do what they gotta do to save face, but I think that this all is blown out of proportion. A lot. Like they say in the commentary, they meant nothing political about it. It was just a prop head lying around, they needed them for the scene so they used it. It’s expensive to have new body parts made for every production, or any prop for that matter, so studios tend to reuse things. They’ve been doing it for years! And haven’t we become a culture of recycling and being green? I’m surprised that more people aren’t commending the recycling of resources. And honestly, it looks more like Ozzy Osbourn to me than George W. Bush.

And also, to be clear, it’s not (that) funny (to most people, and I still don’t understand why is that soooo bloody offensive) to feature the severed head of a recognizable public figure in a film or TV show, but think about this: The other heads represent real people, too. You don’t see someone new every day complaining that their image is being featured in a beheading scene or wherever. Yeah, the show producers probably should’ve kept their mouths shut about it, but people need to relax since it’s not like they were blatantly defiling the image in the scene, anyway. It was a quick shot. In fact, check out the scene below and see for yourself. Anyway, no matter what anyone says about it all, someone’s going to be upset about it, so HBO did what needed to be done. To that I can only quote Elbert Hubbard: “To avoid criticism say nothing, do nothing, be nothing.” And the thought that came to mind just now revolved around how much original boxed sets of season one of ‘Game of Thrones’ go for on Ebay. Which ones of you lucky bastards has them?   An explanation: When I refer to the ‘politically correct’ people, I am not trying to make fun of the anti-racist, anti-sexist and other efforts addressing REAL problems. I am just sick of the kind of people who don’t pay attention to the bigger problems this world has, such as poverty or climate or hunger and have nothing meaningful to do with their lives, so they are being petty and hair-splitting instead, confusing those two for a real care and making a fuss about this kind of trivial stuff. And to be honest, I have wondered: if African-American people (was that the correct term, huh?) are using the term ‘nigger’ themselves, why is it then racist/offensive of everyone else using that same term? You can’t fight against anything if you have double standards, and you should be paying more attention to problems greater than ‘how someone called someone else’ is all I’m trying to say.
Continue Reading
Advertisement
You may also like...
Related Topics:david benioff, Game of Thrones, george w bush