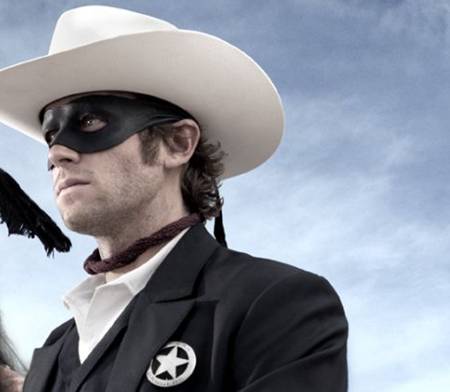 Producer Jerry Bruckheimer tweeted this morning an image featuring Armie Hammer as the Lone Ranger and Johnny Depp as his Native American sidekick, Tonto. As you might know The Lone Ranger will be a movie with a Sancho Panza touch to it from Tonto’s point of view, which sounds like a lot of fun. Filming on Gore Verbinski’s next western, Lone Ranger movie has been trucking along for a couple of weeks now on the New Mexico set. Disney’s giant-sized film also features Tom Wilkinson, William Fichtner, Barry Pepper, James Badge Dale, Ruth Wilson, and Helena Bonham Carter and is set for a July 3rd, 2013 release. Below is the official description too:

The Lone Ranger is a thrilling adventure infused with action and humor, in which the famed masked hero is brought to life through new eyes. Native American spirit warrior Tonto (Johnny Depp) recounts the untold tales that transformed John Reid (Armie Hammer), a man of the law, into a legend of justice—taking the audience on a runaway train of epic surprises and humorous friction as the two unlikely heroes must learn to work together and fight against greed and corruption. 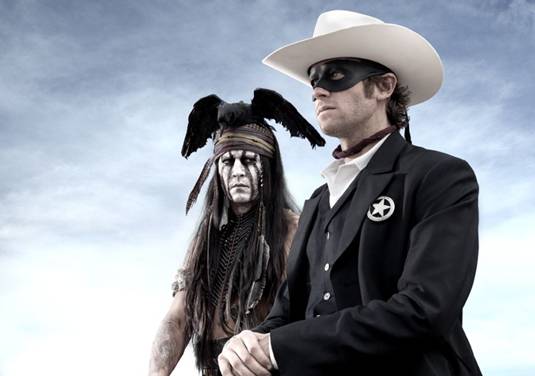