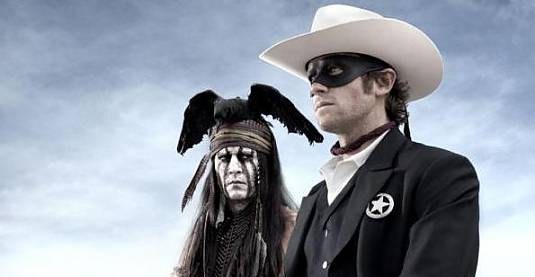 The latest TV spot for The Lone Ranger is here to remind you that this summer, a looot of western action is waiting for you in Gore Verbinski‘s upcoming movie! But I’m sure you’re not surprised, after all – they already promised us a thrilling adventure infused with action and humor. So here we go, they’re back for justice this time! Screenwriters Ted Elliott, Terry Rossio and Justin Haythe, together with Verbinski, are bringing us a brand new look at the famed masked hero, played by Armie Hammer and his friend – a Native American spirit warrior Tonto, played by Johnny Depp.

Tonto recounts the untold tales that transformed John Reid, a man of the law, into a legend of justice—taking the audience on a runaway train of epic surprises and humorous friction as the two unlikely heroes must learn to work together and fight against greed and corruption.