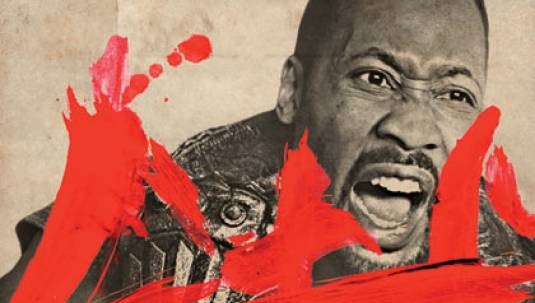 Wow, take a look at this! 16 completely new posters for RZA‘s upcoming kung-fu film are here, and there’s no f*cking way you’re going to say this sucks. The Man with the Iron Fists opens next month and as you’ll see – it looks like we have a completely insane project here! Nothing to be surprised about, especially after you find out that Quentin Tarantino somehow stands behind the whole thing! Written by RZA and Eli Roth, this action-adventure tells the epic story of warriors, assassins and a lone outsider hero who all descend on one fabled village in nineteenth century China for a winner-takes-all battle for a fortune in gold. Or, if you prefer – The Blacksmith, played by RZA is forced to create elaborate weapons for a small village, and when a traitor threatens to destroy the village, he joins both warriors and assassins to protect their community. The rest of the leading cast includes Russell Crowe as Jack Knife, Cung Le as Bronze Lion, Lucy Liu as Madame Blossom, Byron Mann as Silver Lion, Rick Yune as X-Blade, David Bautista as Brass Body, Jamie Chung as Lady Silk and Pam Grier as The Blacksmith’s mother. The Man with the Iron Fists opens on November 2nd, 2012. Click on the posters (thanks EW!) for a better view and let us know what you think about this movie!